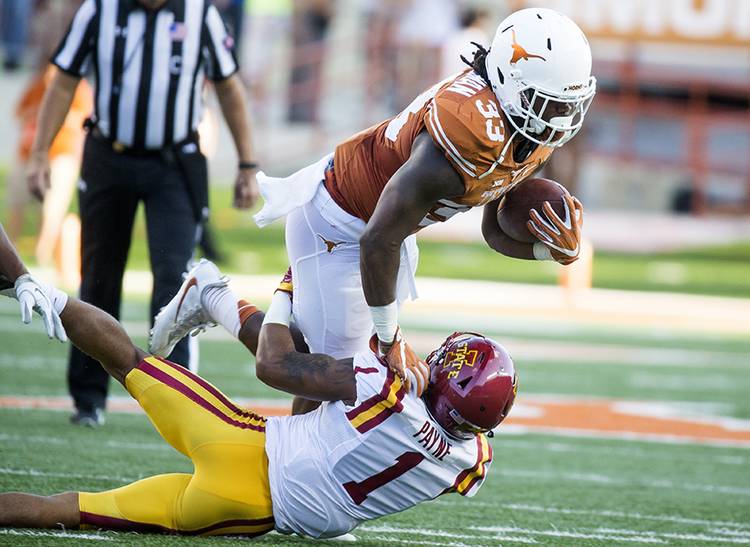 After Iowa State opened the scoring with a field goal, Texas had its attempt to answer come to a screeching halt.

D'Onta Foreman loses a fumble for the 2nd straight game. Bad trend for the best player on this team. Personal foul on Bluiett hurt too.

The Texas defense held Iowa State to a field goal. The Cyclones led 6-0 at the end of the first quarter.