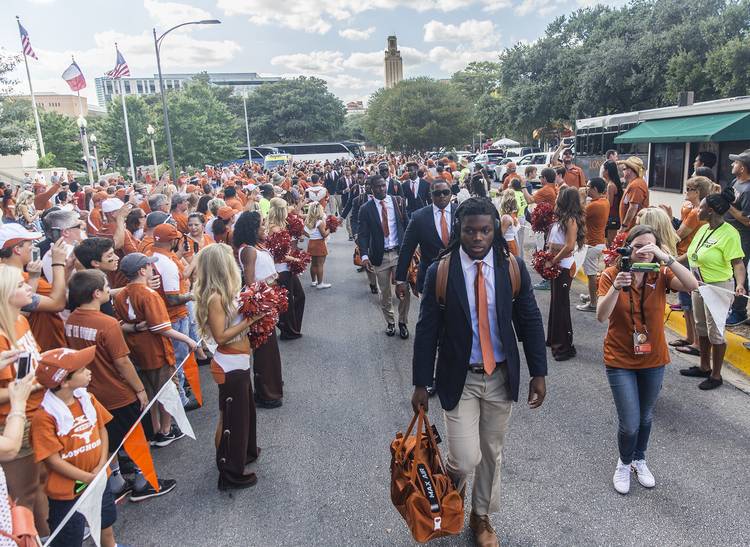 How much money could college football players make if they were to play in a free market system?

According to Business Insider, the numbers are staggering, especially at Texas.

Using football programs’ revenue data provided by the Department of Education and the NFL’s most recent collective bargaining agreement, Business Insider estimates that the “Fair Market Value” for an average Texas football player is $671,173.

The figures are based on the NFL’s agreement that says players receive a minimum of 47 percent of all revenue. Schools’ annual football revenue was split evenly between 85 scholarship players.

Business Insider estimated that the average Division I FBS player is worth $163,869.

The average University of Texas football player is now worth more than $670,000 per year https://t.co/pH61wlkVvO pic.twitter.com/1m6OnPEno4