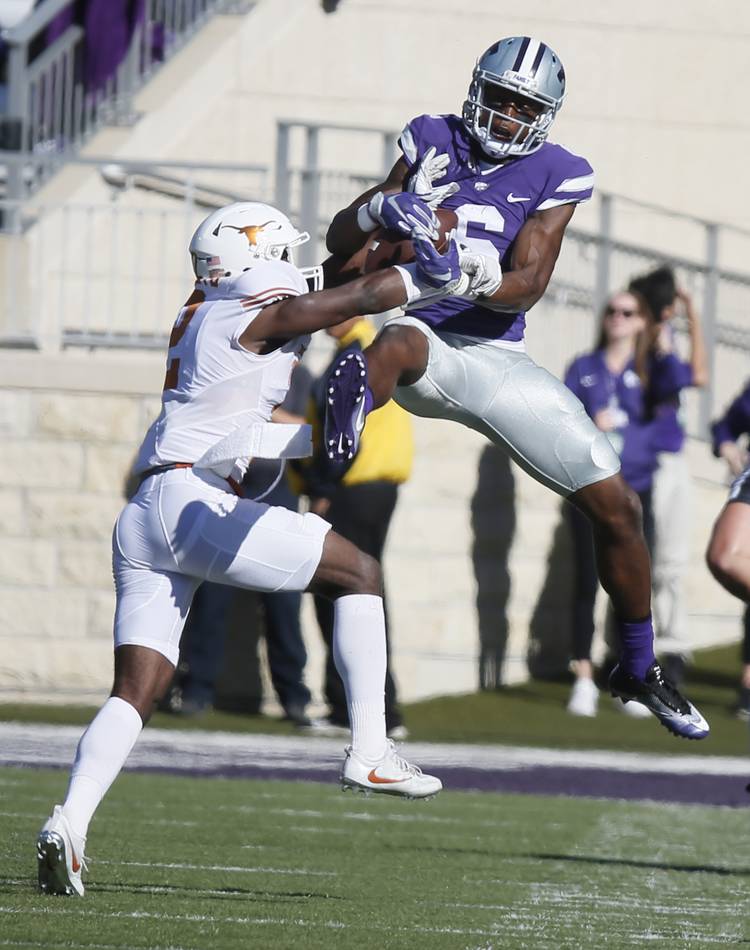 The next time Texas shows up ready to play in a true road game will be the first time in a good long while.

With that said, it’s a winnable game but Texas has to want it.

Sure the Horns are down 21-7 but they’re not losing to a world beater.

Perhaps that 80-yard TD pass to freshman speedster Devin Duvernay got this offense going even if the defense continued it’s season-long habit of not showing up in true road games.

This has to be extremely difficult to watch for Longhorn Nation. Bad football can take the soul of a fan base especially in this where the Horns were dominated by a physically hampered quarterback and an offense that’s probably the worst in the Big 12.

Kansas State is average at best. So is Texas but the Horns playing well below average today, especially on defense. Wildcats QB Jesse Ertz is statistically the worst quarterback in the Big 12 but he is playing one heck of a game today, thanks in large part to the Texas defense which has given it up time and time again on third down.

On the real tip, one of Charlie Strong’s biggest failings as the head coach has been his inability to have his teams ready to play in true road games. He speaks of how well they practice only to not play well in the game. I always subscribed to the belief that most teams play like they practice. That starts with the coaching staff.

The Horns jumped offsides three times on the first drive — two by Charles Omenihu and one by Breckyn Hager — to help spur a 78-yard opening drive by Kansas State. Unacceptable.
The fourth-and-1 inside K-State territory in the 18-Wheeler package? Multiple players jumped before the snap. That just can’t happen. It’s always something in these road games. Lack of discipline.

John Bonney doesn’t turn and look back for the ball on that deep pass at the end of the first half? Coaching.
The late hit on Ertz on senior Bryce Cottrell? Unacceptable for a guy who has played a lot football.
Seven penalties in a half. That points to a lack of discipline.

The Horns will get the ball coming out of the locker room. I expect the offense to be better. I have no idea about this defense. Actually I do and it’s not a good one.
Let’s see if the Horns come out ready to play in the third quarter. Hang in there, Texas fans. I know it’s hard.