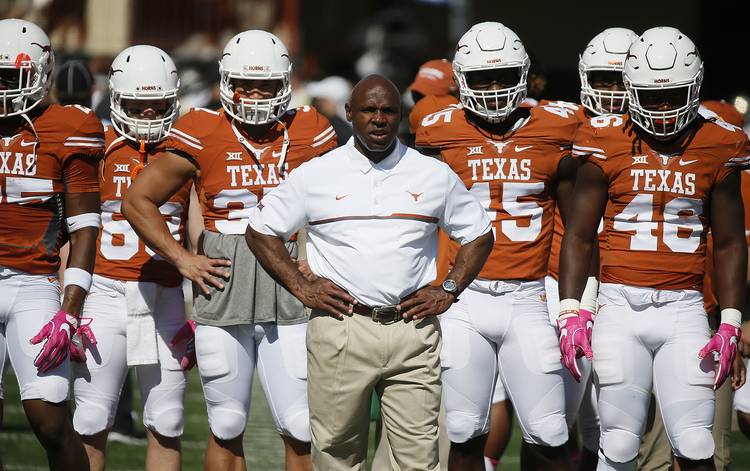 Speaking with Strong earlier in the week, Levy said the Longhorns coach told the broadcast team, “no matter who’s coaching Texas next year they’re going to be a 10-win team.”

LIVE COVERAGE: Second half of Texas versus Baylor

Steve Levy: "Charlie Strong told us no matter who's coaching Texas next year they're going to be a 10-win team." Interesting.

Strong has come under fire as Texas started the season 3-4 and the Longhorns have yet to win away from Royal-Memorial Stadium in 2016. There’s no denying the Longhorns have talent, but that talent hasn’t translated to wins during Strong’s tenure on the 40 Acres.

If this happened, that tells me the head coach has already checked out. https://t.co/Yz2Z4cGoKT