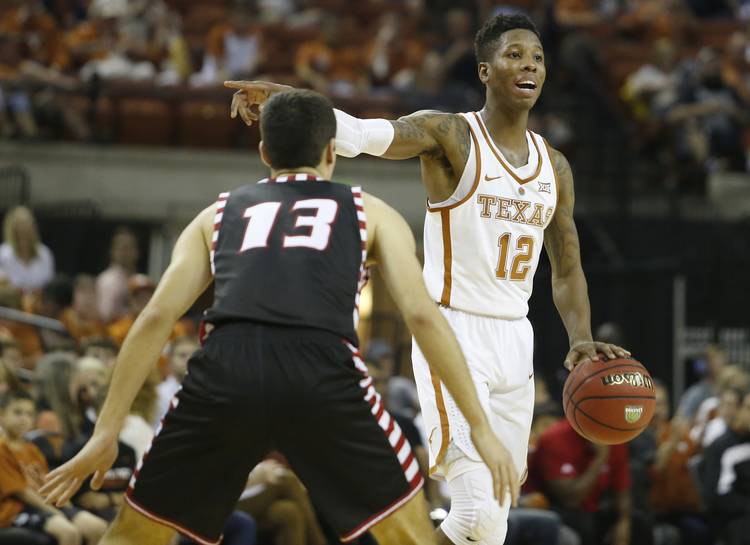 Texas coach Shaka Smart was so excited to start the year with three consecutive home games. He got the desired result — three straight wins.

No. 23 Texas is off to a solid start this season after Thursday’s 85-52 blowout over Eastern Washington in the preliminary rounds of the Legends Classic tournament. Now, the Longhorns will head to Brooklyn for two games during Thanksgiving week against teams that will be considerably tougher.

Tevin Mack followed Monday’s solid performance with 19 points on 4 of 8 shooting from 3-point range. Four others finished in double figures as the Longhorns built up 31-point lead with more than six minutes remaining.

The fans who stayed until the end gave their full-throated support to walk-on Ryan McClurg, who drained two free throws with 3:19 left to rousing applause.

Kerwin Roach Jr. was in the starting lineup for the first time this season, and he didn’t appear to be rushing things or forcing it. Roach was 4 for 7 shooting, grabbed six rebounds and passed out four assists in 23 minutes. Not to be outdone, Roach’s backcourt teammate Andrew Jones came off the bench to put up 17 points on 6 of 10 shooting as his growth continues.

Texas coach Shaka Smart has doted on Jarrett Allen’s passing skills. The 6-foot-11 big man doled out four assists in the first half alone. What’s noteworthy about that? Shaq Cleare had four assists all last season. To be fair, Cleare wasn’t asked to distribute. He got the ball and tried to score down low.

But Allen is far more versatile, especially on the perimeter. Allen pump-faked, took a dribble step toward the bucket and slipped the ball to Kerwin Roach for an easy layup, giving Texas a 31-20 lead.

The defensive hustle over the game’s first nine minutes was solid. Kendal Yancy had a block, and Eric Davis Jr. forced Julian Harrell to travel. James Banks blocked a clean look, and Sir Washington accidentally stepped out of bounds on the baseline. The Eagles finished the first half with 11 turnovers and shot 37 percent in the period.

It’s hard to henpeck a blowout win, although the Texas coaching staff surely will. One bugaboo in the first two games was free throw shooting. The Longhorns actually did a little better in that department against the Eagles. They finished the night going 18 for 25 from the free throw line. Freshman Jacob Young will also want to get past this game quickly. He went 0 for 4 from long range and did not score in just 16 minutes.

Now with a 3-0 record, the Longhorns are ready to take this show on the road. They’re off to Brooklyn for two games in the Legends Classic championship rounds at Barclays Center. UT will first meet Northwestern at 8:30 p.m. Monday in a game televised on Longhorn Network. The Wildcats are 2-1 in the early go after Butler freshman Kamar Baldwin drilled a pull-up jumper with 0.8 seconds remaining on Wednesday to give the Bulldogs a 70-68 win.