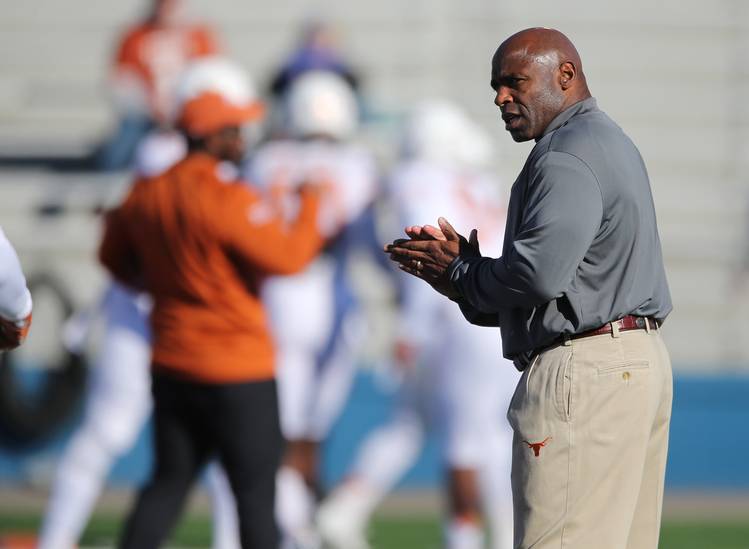 Several Texas players said that talk of a possible boycott was real, but that there’s no way they would have followed through with it.

“Yeah, it was real, but we’re not going to boycott,” Texas senior receiver Jacorey Warrick said Monday. “We’re going to play. That was just people angry about expressing their thoughts. Coach Strong was not going to let us boycott that game.”

Quarterback Shane Buechele echoed those thoughts about a boycott.

“It’s not going to happen,” the freshman said.

“Everybody’s emotional about it,” Williams said. “As a point, we’re not just playing for Coach Strong. We’re playing for the university as a whole and Longhorn Nation.”

Amidst the swirl of speculation about Charlie Strong’s future and reports that the Texas head football coach would be fired this week, several Longhorn players are considering boycotting this week’s regular-season finale against TCU, according to a source close to the Texas football program. Upperclassmen on the team are intervening and trying to calm the waters according to the source.

“Some of the team is threatening to boycott the TCU game,” the source said. “Older players are trying to settle things down.”

The American-Statesman reported on Sunday that the Texas administration had reached a decision to fire Strong after the 24-21 overtime loss to Kansas on Saturday but that school president Gregory L. Fenves didn’t want to conclude his evaluation and make public any announcement until after the final game.

During the session when Texas players met with the media, senior wide receiver Jacorey Warrick confirmed the talk of a boycott:

Texas WR Jacorey Warrick says talk of boycott "was real but we're not going to boycott. Coach Strong was not going to let us."