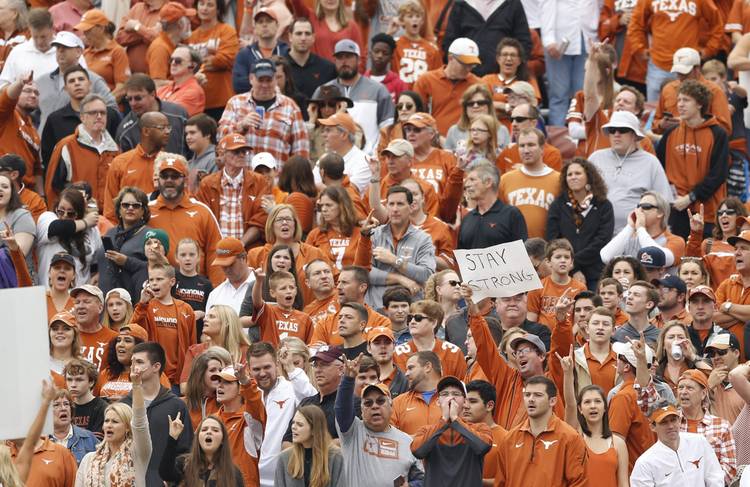 The Texas football season came to a close Friday with a 31-9 loss to TCU. The defeat means that the Longhorns will not play in a bowl game for the second-straight season, and likely ended hopes of retaining Charlie Strong as head coach.

Texas finished the season at 5-7.

Nine points marked the lowest point total for Texas this season, and the 22-point margin was the largest of any of the seven losses.

Here’s what Texas fans were saying on social media about the loss.

I know Charlie Strong cares about The University of Texas… I see it on his face and I hear it in his words. #HookEm

If Charlie Strong isn't a good fit for UT, it's not because of him. We are the ones with the problem. #HookEm

It was a long up an down season. I hope Strong stays #LonghornNation #Hookem 🤘🤘

Huge respect for the way @Strong_TexasFB handles himself with grace and authenticity. Speaks from the heart. #HookEm #Texas 🤘🏻

Love Charlie Strong. Love the man. Extremely decent man. Not a look at me type of dude. Unfortunately he had to win. #hookem

Have been, and always will be, a huge fan of Coach Strong! Good coach, better man! Would send any of my kids to learn from him! #HookEm

Season looked promising in the beginning, only to be depressing in the end…🙇 #HookEm

Charlie Strong is a nice guy and he might be a good coach. But it just hasn't worked here. That's the bottom line… 🏈🤘🏻#HookEm

What a disappointing effort. #HookEm

Unless Texas is getting Saban, Harbaugh, or Meyer, I hope they don't fire Charlie Strong. #HookEm #KeepStrong

Texas vs. TCU: Horns up, Horns down, and our plays of the game