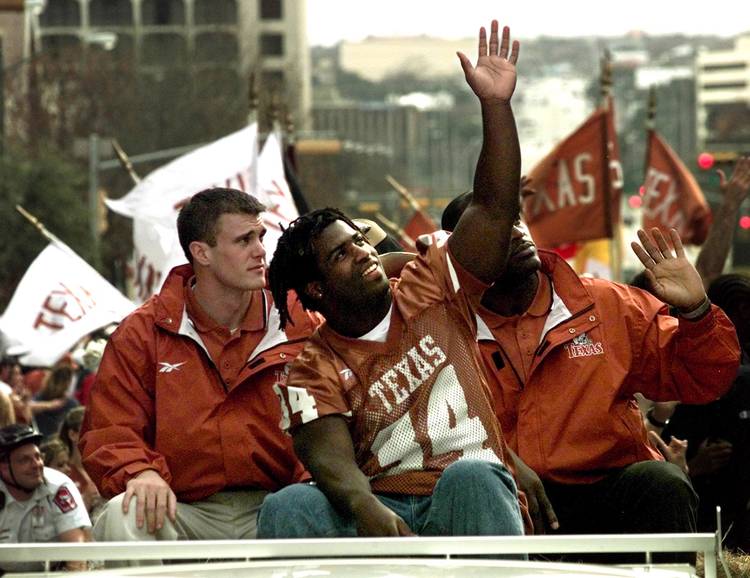 A source has told the Austin American-Statesman that Tom Herman will be hired to replace Charlie Strong.

Here is how some reacted on social media:

UT's already had one parade with Tom Herman on the main truck … will he lead another one day? pic.twitter.com/K1mgqWp1w5

Tom Herman, then a grad assistant at Texas in 1999, rode in a parade with Ricky Williams. Via our @RalphBarrera pic.twitter.com/fGYoGUqdJw

I have confirmed, by reading tweets of actual reporters who did all the legwork, Tom Herman will get the Texas job. #kirkbohls

Tom Herman will walk into a GREAT situation that CHARLIE BUILT! Let's not forget that fact.

Really like Tom Herman. But a university likely is going to give $8 million a year to a guy who lost to Navy, SMU and Memphis this year

UT better be getting a discount on Tom Herman. The last 2 months haven't been very good, buddy…

Someone just read me a quote where Tom Herman says he learned everything from ex-@Longhorn_FB off coord Greg Davis. Ironic no?

Tom Herman is excellent….. y'all will see

Remember yesterday, when Tom Herman was 100% focused on his job at Houston? Mmmm, yeah. Will he be skewered like Nick Saban?

hope the UT boosters treat him like he just treated UH once he starts to struggle. #traitor #TomHerman

Tom Herman is gonne be solid

Dear Tom Herman, welcome to the Big 12. Get ready to spend every other thanksgiving losing to Gary Patterson.

Tom Herman turned around the UofH program and has shown that he can build a team from the ground up.UT is hoping for the same. #SPMT3373

Tom Herman is gonna inherit lots of talent from Charlie Strong's recruiting classes. He's in a great position.I'm pumped..but my guard is up

Tom Herman may be a dream come true for Texas

Strong is still walking away with 30 million, I'm excited to see if Tom Herman can deal with the pressure already put upon him