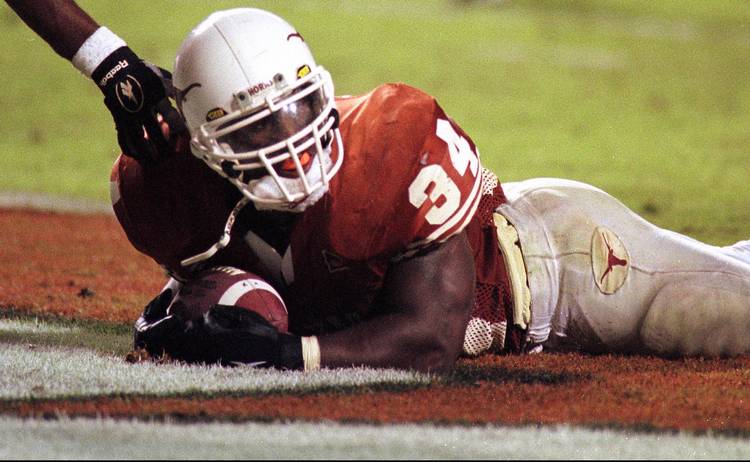 Photo by Larry Kolvoord/aas...10/24/98....UT's Ricky Williams (34) gets a hand from a teammate after crossing the goalline in the final minute of the game.

The Houston Chronicle is reporting that a woman was charged with eight criminal counts, ranging from various types of fraud to money laundering, that led to Longhorn great Ricky Williams and other un-named athletes losing millions of dollars.

According to the Chronicle report, Peggy Ann Fulford, 58, was indicted Tuesday in Houston on eight counts, including wire fraud, mail fraud, interstate transportation of stolen property and money laundering.

Fulford is reported to have convinced Williams that she was a Harvard graduate and had made her money selling hospitals and real estate in the Bahamas.

Williams and his wife are seeking $2 million to $4 million in lost damages, the report says.