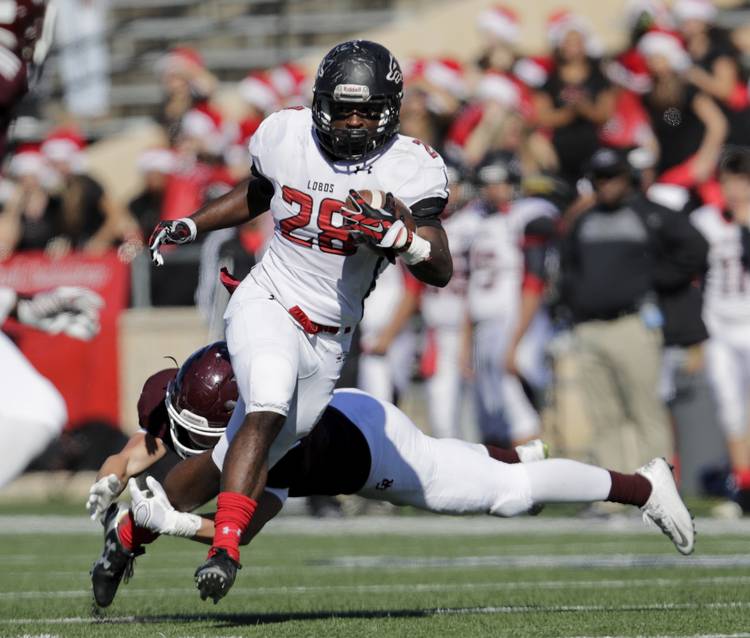 Toneil Carter, a running back from Houston’s Langham Creek High, announced on Monday that he will play football at Texas. Carter, the No. 23-rated prospect on the Statesman’s Fab 55,  becomes the first high school recruit to commit to the Longhorns since Tom Herman was hired to lead the football program in November. Joshua Rowland, a kicker from Mississippi Gulf Coast Community College, signed with Texas earlier this month.

The 5-foot-10, 197-pound Carter, who 247Sports reported will enroll at Texas in January, is a four-star prospect and an Under Armour All-American. According to the Houston Chronicle, Carter rushed 155 times for 1,031 yards and 18 touchdowns during his senior year. He also scored on two of his 11 catches.

Carter’s commitment to Texas came on the same day that he backed off a pledge to Georgia. Carter explained on Twitter that he had been told he could not join the program as an early enrollee. The Macon Telegraph reported that Carter’s scholarship offer was rescinded after running backs Nick Chubb and Sony Michel said they’d return for their senior seasons.

Carter’s commitment on Monday also gave Longhorn fans a chance to see how their new coach would respond to recruiting news. It doesn’t appear that Texas has settled on a hashtag — former coach Charlie Strong would acknowledge commitments with the #letsride tag — but Longhorn coaches celebrated with GIFs on Monday.

Game changer!!! Love this dude!! The whole staff is walking down the halls celebrating like #HookEm #WeAreTexas pic.twitter.com/T366Lh6hfJ