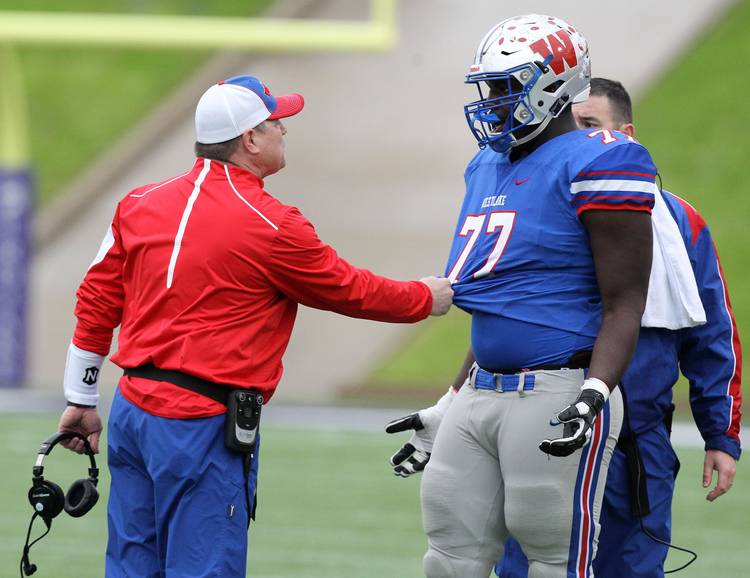 Stephan Zabie is on the move. Despite a late offer from Texas, the four-star product chose to play in Los Angeles when he picked UCLA as his college destination on national signing day. He announced on ESPN alongside teammate Levi Jones.

The 6-foot-6, 300-pound offensive tackle oozes with potential despite only playing 16 games of varsity football over his past three years in high school. Zabie moved to Westlake in the summer of 2014 and was forced to miss his sophomore season due to his move. He started all 16 games for Westlake as a junior, playing for a team that reached a state championship game.

“If you look up the word upside in the dictionary, you might find a picture of Stephan Zabie,” Westlake head coach Todd Dodge said. “I always knew he’d be a great pass blocker because of his size and athleticism. He plays the position with aggression and physicality, and once I saw that in him I knew he’d be a quality player.”

Zabie stayed in shape during his senior year, spending time around the team and in the classroom. Dodge said Zabie had the best academic semester of his career during the fall of his senior season. That hard work behind the scenes led to an offer from Tom Herman’s staff.

“I let him know he was always part of the team and that it was time to concentrate on academics. He did that in a tremendous way. We gave him a great support system here at Westlake and the proof is in the pudding,” Dodge said. “He prepared academically to get to college and now he has that opportunity.