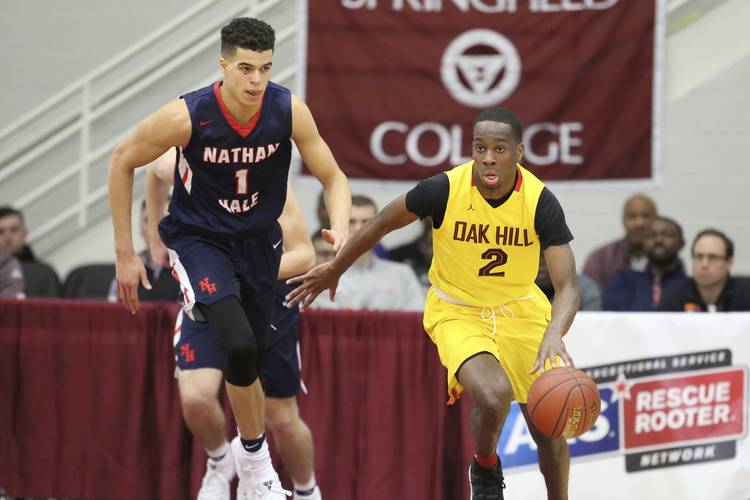 Texas got the one recruit they were fishing for on Monday, and the class rankings for Texas men’s basketball only improved.

According to the 247 Sports composite rankings the Longhorns 2017 recruiting class includes four 4-star players and is No. 6 in the nation.

Although the Longhorns have yet to land a McDonald’s All-American in the class (last year the they had two in Jarrett Allen and Andrew Jones), the class is deep and full of potential early contributors, which has them in the top 10 and ranked above the likes of Duke, Kansas and Villanova.

And the 5-star prospect could be on the way. Texas remains in the running for 6-foot-11-inch center Mohamed Bamba, a McDonald’s All-American and the No. 3-rated player in the class. Bamba and Coleman visited Texas in the fall on the same weekend. Bamba, like Coleman, played on Team USA’s U-18 team last summer for Shaka Smart.

Last week Bamba cut his list to Texas, Kentucky, Duke and Michigan, according to college basketball reporter Adam Zagoria, and  is likely to decide in March or April.

Bamba may have his decision made easier if Duke, Kentucky and Texas watch their talented 2016 recruits leave early for the NBA draft. Allen, Duke’s Marques Bolden and Harry Giles and Kentucky’s Bam Adebayo will all likely draw NBA interest at the end of the season.

As for the Big 12, Texas is poised to have the best recruiting class in the conference for the second year in a row. Iowa State’s current ranking is No. 24 with two 4-star recruits and one 3-star. TCU is behind them at  No. 30 with a class that features two 4-star and two 3-star recruits. Big 12 powerhouse Kansas is at No. 31 with two recruits, including the conference’s only 5-star rated player and McDonald’s All-American, forward Billy Preston.

These rankings could change as Bamba is one of four top-10 undecided recruits.