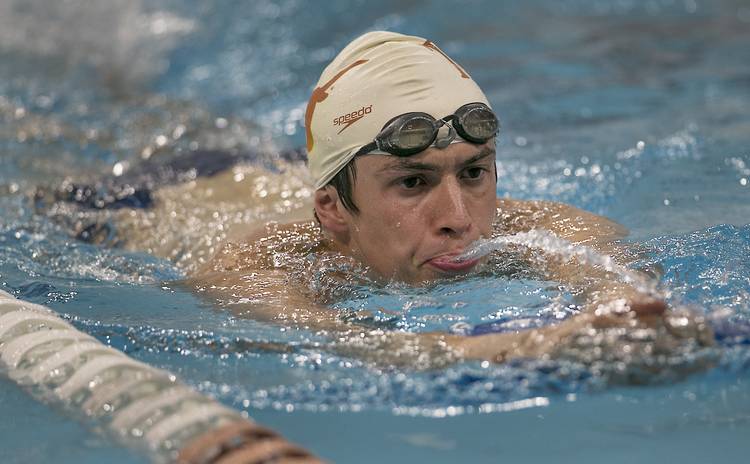 Millard was the anchor on UT’s 200 medley relay team that helped give Georgia its first home loss in 103 meets. She also won both the 50 freestyle and 100 freestyle events. Millard ended the meet anchoring the 400 freestyle relay win.

O’Brien swept the diving events in UT’s win over Auburn and took second place to teammate Alison Gibson in both the one-meter and three-meter events against the Lady Bulldogs.

The wins over No. 14 Auburn and No. 2 Georgia helped the Longhorns women’s team jump to the top spot of the College Swimming Coaches Association of America poll released Wednesday.

The Longhorns have five wins over the nation’s top 11 teams and have only lost on the road to second-ranked Stanford.

The Texas men held steady at No. 2 in the men’s poll.