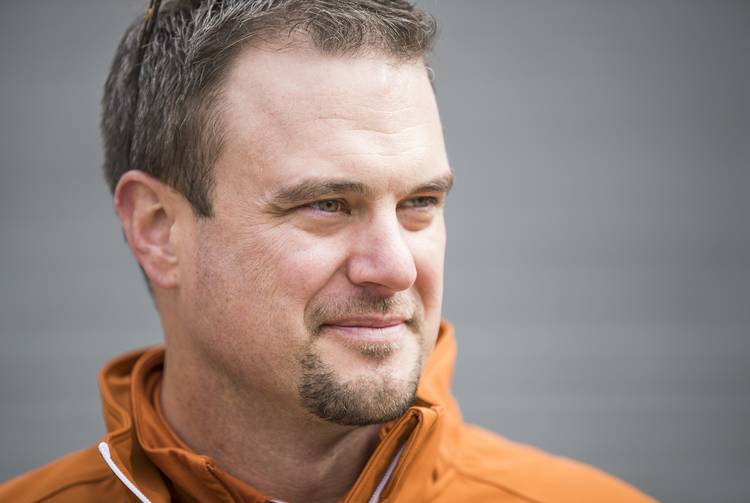 The Longhorns’ 2017 recruiting class grew to 15 members when Dodge City C.C. linebacker Gary Johnson chose Texas over programs like Oregon and USC. The 6-foot-1 linebacker was once an Alabama commit, but an SEC rule made him an ineligible transfer. That ruling benefits Tom Herman, who lands a big defensive piece for the immediate future.

Johnson becomes Texas’ second linebacker pledge in 2017. Brenham’s Marqez Bimage committed to the Longhorns earlier in the month. The addition of Johnson should provide immediate results. He’ll join the program officially in the summer and will compete for starting snaps at middle linebacker this season, which could allow Malik Jefferson to move to a more natural position of outside linebacker.

More on Johnson from the the original Wish List. The linebacker ranked No. 4 on our list of priority targets for Herman’s 2017 class.

“Johnson, an Alabama native and a former Crimson Tide pledge, runs well for a linebacker and also is drawing interest from some schools as a safety. He’s a true sideline-to-sideline player who can blitz from his linebacker position, something Texas and Orlando want from their ‘backers. Johnson would fit in well at a Big 12 school because of his combination of size and athleticism. He covers well in space for a linebacker and can run with most running backs and tight ends. Johnson is a sure tackler and a blur when he’s allowed to move downhill in pursuit of the football.

Fitting in at Texas: Longhorns fans understand the issues at linebacker. Texas has plenty of talent on the roster, but lacks consistency. Johnson could provide instant depth, and his presence also could lead to Malik Jefferson moving to an outside linebacker position. It’s tough to find linebackers who excel against spread offenses while also playing against the run. Johnson can do both, and the Longhorns need that type of linebacker on campus.

Texas recruiting: Linebackers. Texas’ most recent commitment was Brenham linebacker Marqez Bimage. He was previously committed to Houston, while Herman was still there. Bimage also is a middle linebacker prospect, but he’ll need at least a year to adjust to college football. Johnson, however, would be ready to compete for a starting spot right now. That makes him a priority. He’s expected to visit Texas on Jan. 20 and also is scheduled to visit Oregon and USC in January.”

Who would win the all-time matchup? Texas men versus Kansas