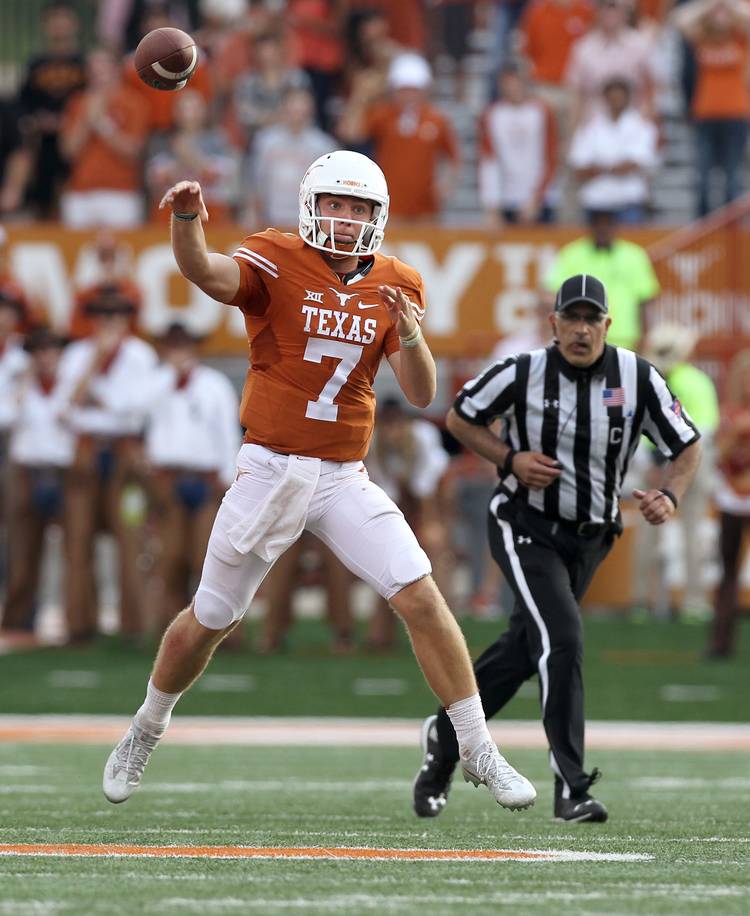 This fall, the Texas Longhorns won’t be the only ones betting on quarterback Shane Buechele.

Bovada, an online gambling website, has listed Buechele as one of the players with odds to win the 2017 Heisman Trophy. With 35-to-1 odds, the rising sophomore is still considered a long shot, but he was one of the 18 listed candidates. Three of the Heisman hopefuls with better odds — Oklahoma quarterback Baker Mayfield, USC quarterback Sam Darnold and Oklahoma State quarterback Mason Rudolph — appear on Texas’ 2017 schedule.

Buechele is coming off a freshman year in which he completed 60.4 percent of his passes and threw for 2,958 yards and 21 touchdowns. Incoming freshman Sam Ehlinger could compete for snaps this fall, although new coach Tom Herman recently expressed confidence that Buechele could run an offense that will require a mobile quarterback.