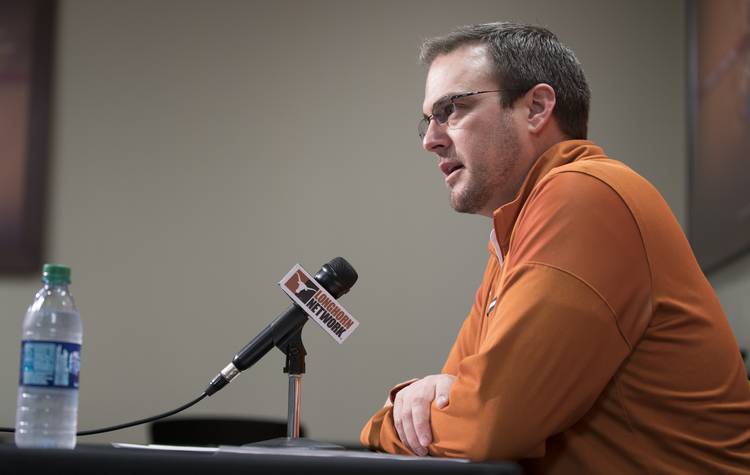 Tom Herman has made another hire.

On Tuesday, Matt Lange announced that he is set to become a creative director for Texas’ football program.  Lange currently serves as an assistant director of graphics for Alabama’s Crimson Tide Productions. Lange’s LinkedIn page states that he has been at Alabama since 2013, and he is responsible for “Execution of various athletic design materials, mainly focusing on football. Also responsible for creative video content shooting and editing.”

According to AL.com, Lange created some of the graphics that Alabama has used for recruiting purposes.

Wrapping up my time at Alabama February 2. February 6 I will takeover as Creative Director for the Texas Longhorns. It's been a great ride.

Earlier this month, Herman talked to reporters about the need to bolster the football team’s support staff. In addition to someone to work with graphics, Herman specifically mentioned the job that Lange will apparently fill. In recent years, the ability to attract online attention has become increasingly more important to the nation’s best teams.

“We identified an area that we were deficient in as compared to the teams that are in the national championship hunt every year, the Alabamas, the Clemsons, the Ohio States, the Florida States of the world,” Herman said. “We needed to create positions in our recruiting and support staff departments, and we’ve done that and we’ve hit the ground running.”

Want more information about Texas’ new hire? Here is an interview that he gave with the Makers of Sport podcast in 2015: