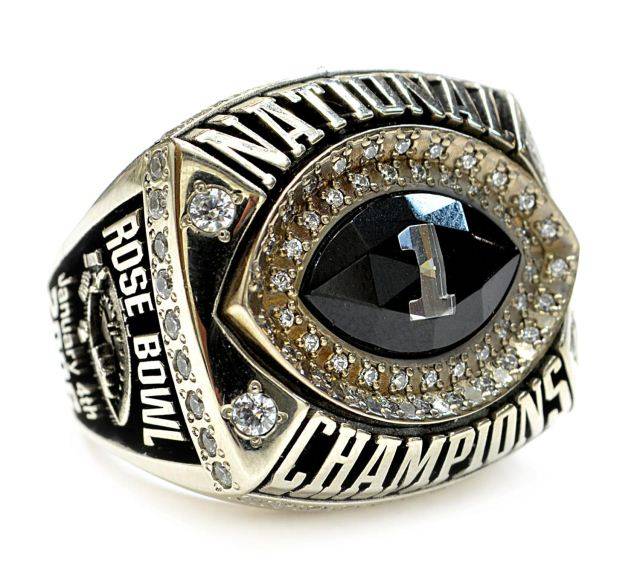 In a press release, the University of Texas announced that the 2005 BCS National Championship ring which belonged to the legendary Longhorns coach will soon be displayed on campus. The ring was sold in 2012 at an auction benefiting the Darrell K Royal Research Fund for Alzheimer’s Disease.

According to a report from the Associated Press, the ring brought a top bid of $120,000.

At the request of UT alumnus Sorush “Shawn” Abboud and wife Christina Cole Abboud, the ring will be added to the Darrell K Royal Collection in the H.J. Lutcher Stark Center for Physical Culture and Sports.

“It has been an honor and a privilege to ensure this valuable collectible is housed in its rightful home at The University of Texas at Austin,” Mr. Abboud said.

Royal won three national championships (1963, 1969, 1970) during his tenure as Texas coach from 1957 until 1976. In 2006, after the Longhorns won their first national championship since his retirement, coach Mack Brown and the team presented the ring to Royal as a symbol of their appreciation.