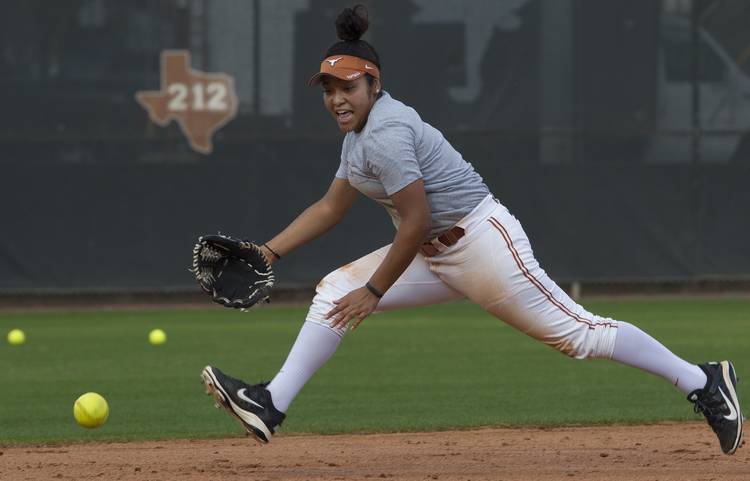 The Texas Longhorns softball team opened the season with an 8-0 run-rule win over the Colorado State Rams at McCombs Field on Friday.

The five-inning win makes the Longhorns 21-0 in season openers.

Texas scored four runs in the opening frame before they tacked on four more in the bottom of the fourth.

Kaitlyn Washington went 1 for 1 with a run scored and two runs batted in to help lead the offense. The freshman’s two-run homer in the fourth inning came in her first career at-bat.

Celina Felix was 1 for 2 with a two-run single in the first to cap the four-run inning.

Kristen Clark pitched one inning and allowed one hit and struck out two batters.

Tiarra Davis was 2 for 2 while Randel Leahy went 1 for 2 and scored two runs. Both had RBI doubles in the first inning.

Earlier in the day, the No. 16 Minnesota Gophers defeated Maryland 3-2 to kick off the tournament.

MaKenna Partain drove home Maddie Houlihan in the bottom of the seventh of a tie game to take the win.

Amber Fiser earned the win after pitching 1 2/3 innings. Andi Jarvis was hit with the loss.

Maryland dropped another one as Colorado State won via run rule in the second game of the day.

The Rams racked up 12 hits in the 14-5 win over the Terps. Larisa Petakoff picked up the win, pitching three innings, while Lauren Graves took the loss.