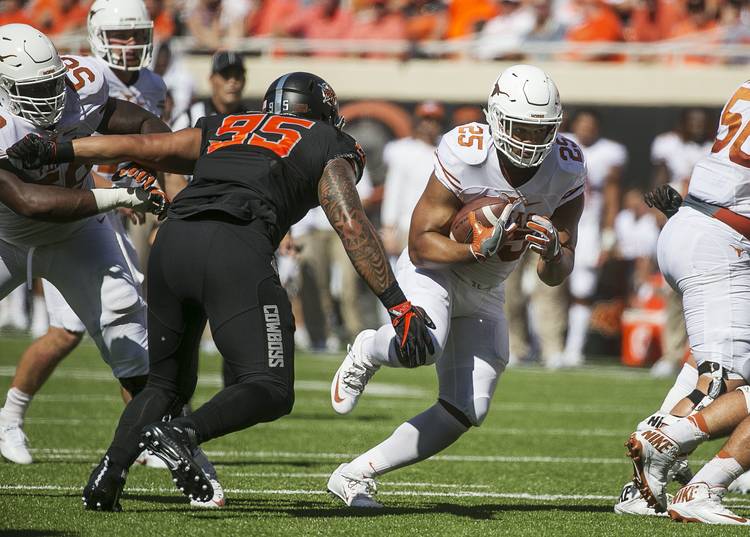 Stan Drayton has coached a lot of high-profile running backs. Ezekiel Elliott, Brian Westbrook and Carlos Hyde are just a few on a long list. So what are the new Texas running backs/associate head coach’s first impressions of the next runner who will train under his tutelage?

“I’ve coached some backs in my day, but I’ve never seen one that looks like Chris Warren,” Drayton said during a National Signing Day interview that aired on Longhorn Network. “Jerome Bettis is the only one I can think of that was that size.”

While the statement doesn’t ring entirely true — even in college, Bettis played closer to 250 pounds, while Warren is currently listed at 232 pounds — the sentiment has to excite Longhorns fans. Drayton has coached plenty of powerful running backs, and it sounds like he sees Warren in the same ilk.

“The think about Chris is he is very conscientious,” Drayton said. “He wants to be great. We’ve still got to work on some things to help him get to that goal, but he’s definitely got the traits of being a great back.”

Warren rushed for 366 yards and three touchdowns in 2016 despite playing only four games. A knee injury suffered at Oklahoma State in Week 4 ended his season, opening the door for D’Onta Foreman to have one of the most prolific seasons in Texas history.

Now Foreman is gone to the NFL Draft, and Warren appears to have the lead role all to himself. Other running backs in the room now led by Drayton include rising sophomores Kyle Porter and Tristian Houston.

Drayton also spoke about incoming recruits Toneil Carter and Daniel Young, and shared stories about recruiting and coaching Elliott, who led the NFL in rushing during his rookie season with the Dallas Cowboys.

You can watch the full interview below: