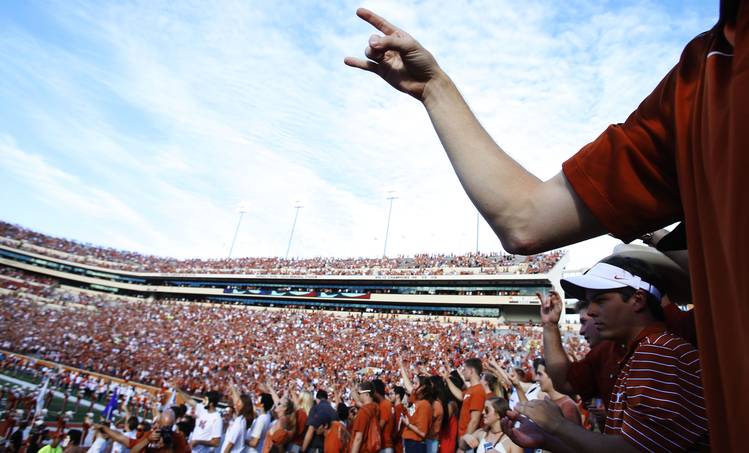 For many, being a Texas fan is a lifetime commitment that begins at birth.

A baby in Utah is taking is taking fandom to a whole new level. Couple Makelle and Jared Ahlin from Santaquin, Utah, recently took to social media to share a photo of their unborn baby throwing up the Hook ‘Em sign. Fox 13 in Salt Lake City first reported the story last week, and ABC 13 out of Houston has the video, which you can watch below.

“Well it’s official our kids are the coolest even before they enter the world…or they are just really full of themselves, but I already knew that was going to happen just look at their dad🤘🏼,” Makelle Ahlin posted on Facebook.

Longhorns fans agree with the coolness part, although growing up in Utah might make following the Longhorns a little difficult. Guess we’ll have to wait a few years to get the final verdict on if the baby really meant “rock on” or “Hook ‘Em.”

The Ahlins already have two boys, and according to reports they have decided to keep the gender of the third child a surprise until delivery. Luckily, burnt orange is gender neutral.