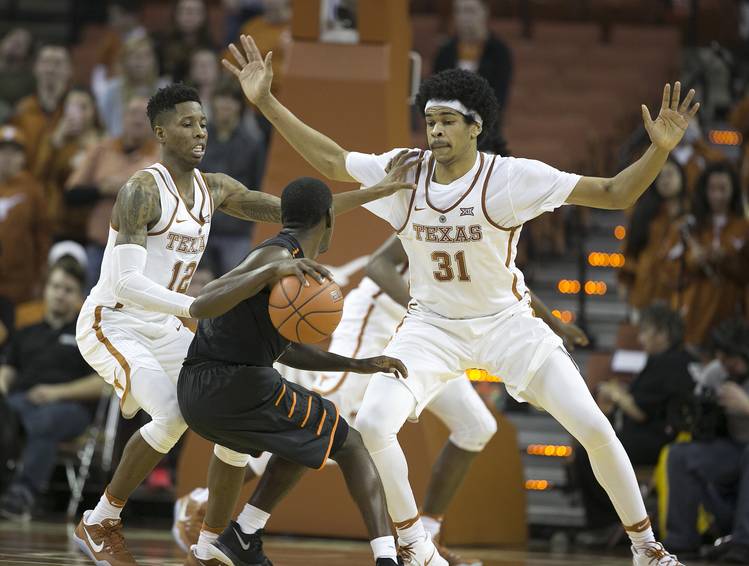 Will he stay or will he go?

Despite entering his name for the 2017 NBA Draft on Tuesday, the biggest question surrounding Texas freshman Jarrett Allen has still not been answered. In his statement, Allen said he does not plan to sign with an agent, which means he could still return after being evaluated by NBA scouts.

RELATED: Jarrett Allen: ‘I am testing the waters with this decision’ to go into the NBA draft

The 6-foot-11 center established himself as the best player on a disappointing Texas squad, averaging 13.4 points and 8.4 rebounds in 33 games. Some NBA Draft analysts appear unsure of what to do with Allen, but others seem to be coming around.

Add NBADraftExpress.com to the latter list. Following Allen’s announcement that he will enter the draft, the website placed him all the way up at No. 12. That’s within lottery range.

The latest mock draft has the Portland Trailblazers selecting Allen as the first true center off the board, ahead of Creighton 7-footer Justin Patton (16th) and Kentucky big man Bam Adebayo (27th).

Allen’s size could be his greatest advantage in this draft class, especially if other big men decide to head back to school. The same day the Texas star announced he would enter his name, 6-9 Robert Williams from Texas A&M stated his intentions to return to school. Williams had been considered a first-round pick.