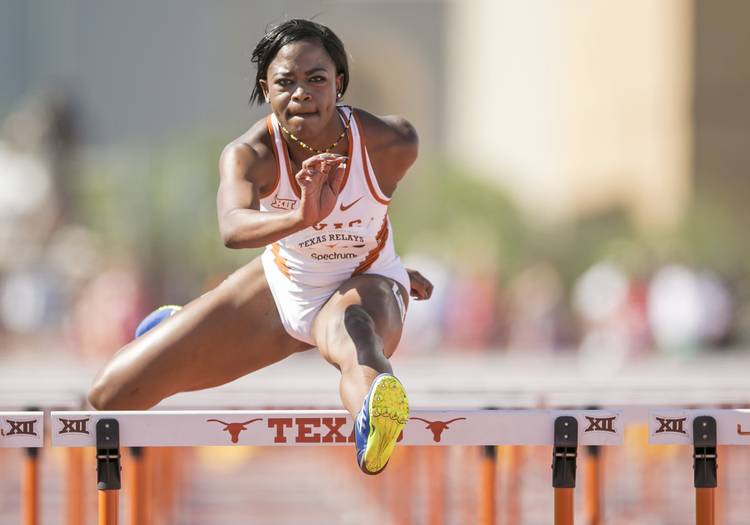 Freshman sprinter Rushelle Burton was named the Big 12 athlete of the week for her performance at the Texas Invitational over the weekend.

She finished second in the 100-meter hurdles, losing only to Kendra Harrison, the world record holder in the event. Burton’s time of 12.65 in the event was the top time in the NCAA this season. It was the fifth-best time in the world this year.

Burton also helped the Longhorns take second place in the 400 relay at the Longhorn Invitational. She ran the anchor leg to help Texas finish in a time of 44.41 seconds. Her efforts accounted for 12 overall points at the meet.

Burton was named the Big 12 outstanding freshman of the year for her performance at the Big 12 Indoor Championship in February. She’s set to compete at the LSU Alumni Gold meet in Baton Rouge, La. on Saturday.