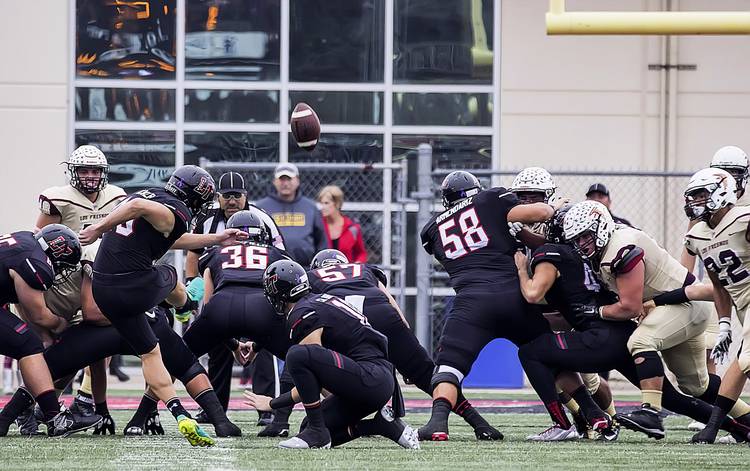 Texas’ 2018 recruiting class grew to seven members on Thursday afternoon when Lake Travis kicker Cameron Dicker committed to the Longhorns, one week after receiving an offer from Tom Herman. Dicker is a two-star prospect and ranked as the No. 2 kicker in the 2018 class, per 247Sports’ composite ratings.

Dicker was a member of Lake Travis’ 2016 state championship team. In two years of varsity action, he’s 20 of 25 on field goals and 161 of 163 on extra points. His longest field goal in high school has been from 46 yards.