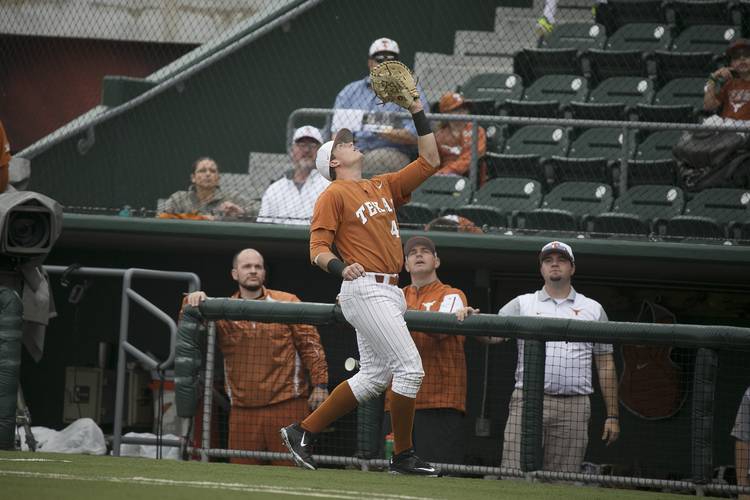 A seven-run third inning lifted the No. 9 TCU Horned Frogs to an 8-2 win over the 24th-ranked Texas Longhorns baseball team on Saturday afternoon in Fort Worth.

Connor Wanhanen, Evan Skoug and Ryan Merrill each had two RBIs for TCU as the Horned Frogs pounded out 11 hits in the contest. Skoug launched his third home run of the series in the second inning to give TCU a 1-0 lead.

Texas managed just three hits and scored both of its runs in the ninth inning.

Brian Howard (7-3) earned the win with a stellar one-hit performance on the mound for the Horned Frogs. He walked four and struck out four in eight innings as he faced just 29 batters.

Skoug picked up his second RBI of the game on a ground out that allowed Wanhanen to score in the third to make it 5-0. Merrill followed with a two-run RBI double later in the inning.

Kacy Clemens finally got Texas on the scoreboard in the ninth on an RBI single that scored Travis Jones. The run prevented Texas from being shut out for the first time this season. Clemens scored later on a fielding error.

The Horns will try to avoid the sweep on Sunday at 1 p.m.