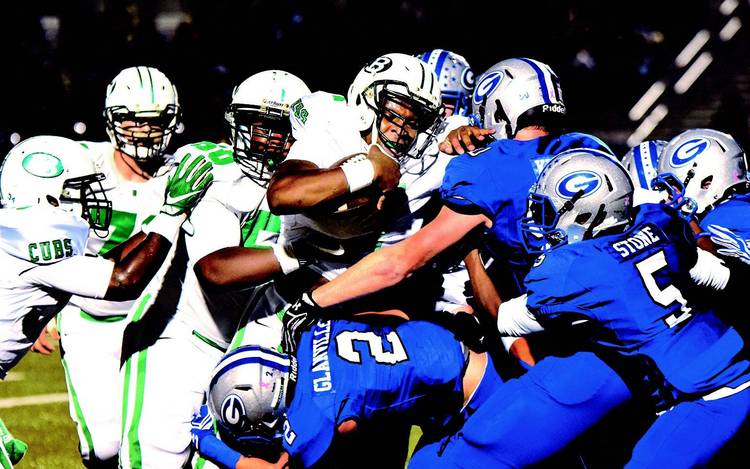 HOW DID HE GET HERE? Like fellow 2017ers Daniel Young and Samuel Cosmi, Bimage started out as a Houston pledge but flipped to Texas when Tom Herman was hired in late November. The Longhorns offered him about two weeks after Herman came on board; Bimage decommitted from UH on Dec. 23 and then pledged to Texas on Jan. 6, less than a month before signing day.

AT BRENHAM: He did a little bit of everything for the Cubs — linebacker, defensive lineman, safety, even some running back, tight end and wildcat quarterback. But he stood out defensively, earning all-state honors in Class 5A and a three-time all-district selection.

WHAT HE’S WALKING INTO: If he ends up playing linebacker, he’ll most likely be placed as an inside ‘backer. That’s where the Longhorns need the most help; they also signed JUCO linebacker Gary Johnson. Malik Jefferson has played that middle spot the past two seasons, but is a more natural outside linebacker who can rush the passer.

THEY SAID IT: “Almost every big game we had, he had a big play at the end.” — Glen West, Brenham coach