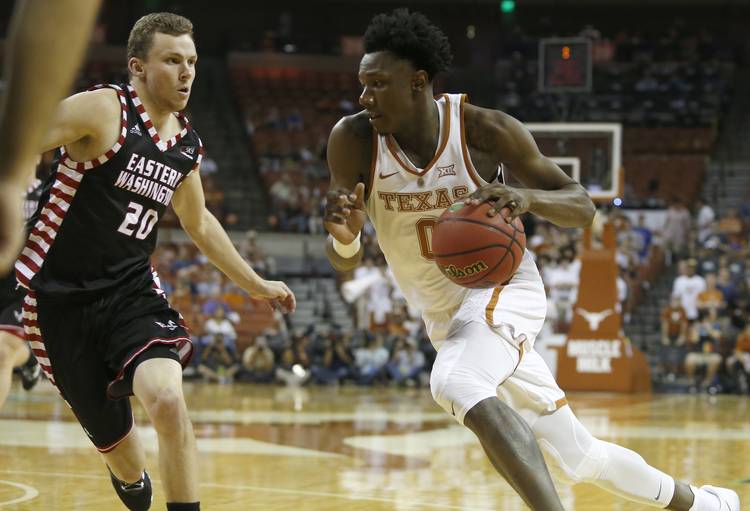 Former Texas swingman Tevin Mack will restart his basketball career at Alabama, according to ESPN and Scout.

“We have a set of standards that we expect people in our program to adhere to. Tevin has failed to reach them,” UT coach Shaka Smart said at the time.

The second suspension came one day after Mack had to be separated from teammate Kerwin Roach Jr. on the court after a disappointing loss to TCU. It turned out to be a full separation from the UT program as Smart said Mack would be granted a full release.

At the time, Mack was averaging 14.8 points per game. But some players grumbled privately that Mack’s poor attitude only complicated things in what became a 11-22 season.

There’s no question that Mack is talented. He poured in 27 points against Oklahoma State and was seen talking plenty of smack to the Cowboys.

“You don’t want to hamper them,” Smart said about Mack’s on-court antics. “I’ll be honest with you: With Tevin, I’m going to focus on the most important things. It’s kind of like my mom used to always tell me: ‘You have to pick your battles.’

“As long as he’s under control…” Smart added before stopping himself.

Smart would later admit he had second thoughts about ultimately dismissing someone with such a high ceiling. The team’s overall chemistry was more important.

Mack must sit out one year per the NCAA’s transfer rules. The sophomore will have two years of eligibility remaining. While the official schedule has not been released, the Longhorns are expected to play the Crimson Tide in Tuscaloosa next season.