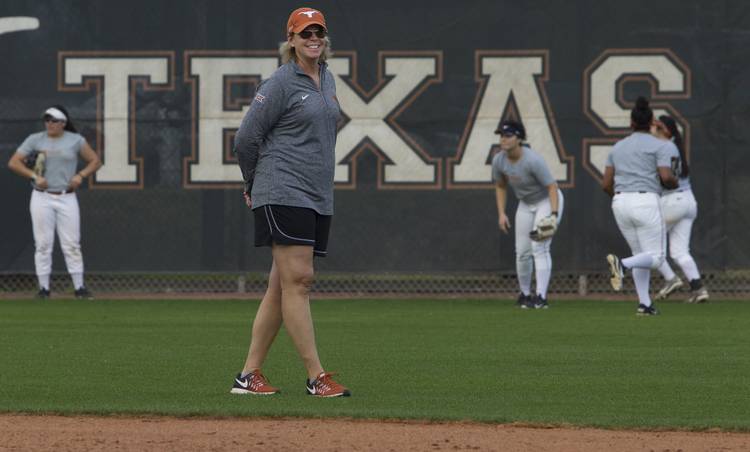 At first glance, this looks like an unwinnable region for Texas.

The Bobcats swept the Longhorns for the first time since 2000 with a pair of 2-1 victories (March 1 in Austin, April 5 in San Marcos). Texas A&M and Texas have met 42 times, with the series knotted at 21-21. The 12th-ranked Aggies knocked Texas out of the Lafayette region last year, but Texas has won three of the last four meetings.

However, don’t forget that the Longhorns are 3-15 against ranked opponents and the Aggies are the only ranked team in the regional.

Texas Southern is 0-8 against Texas all time, but keep in mind that Iowa State had only one win over Texas in 49 tries prior to this season’s series win over the Longhorns.

Also, Texas, which carried the third-worst team batting average (.278) in the Big 12, will face good pitching in games against A&M and Texas State. Bobcats junior Randi Rupp is 3-0 against Texas and boasts the fifth most strikeouts in the country. The Aggies have the trio of Trinity Harrington, Lexi Smith and Samantha Show, who beat Texas the last time the two schools played.

Bases loaded: Here’s a team-by-team breakdown of the College Station regional and what Texas will expect to see.

Notes: The Aggies are the favorite in this regional, but it’s definitely not a given.  A&M played in a conference where all 13 teams qualified for the NCAA tournament and finished fourth behind No. 2 Florida, No. 8 Auburn and No. 10 Tennessee. Show is arguably the most versatile player in the regional and completely shut down Texas’ offense in A&M’s 9-3 win in the Lafayette regional a year ago. She pitched a complete game, giving up four hits and two earned runs. She also knocked in three runs with a double in the third inning.

Notes:  The Bobcats are the sleeper team, but really only has three quality wins to their résumé. They’ll go as far as Rupp’s arm takes them. She’s the best pitcher in the regional, and it’s not even close. But the difference maker will be Ortiz. Texas A&M beat Texas State 5-1, but the Bobcats stayed close. To get to the final, they’ll have to beat Texas twice, and likely A&M twice if the Bobcats hope to extend their season past this weekend. Don’t count them out.

Notes:  It depends on which Texas team shows up that will dictate how far the Longhorns go. If it’s the team that won four straight games at the Mary Nutter Classic early in the season, Texas can win this regional. If it’s the one that lost its first ever series to Iowa State, then it’s going to be an early exit. Texas does, however, have the regional’s most experienced roster.

Notes:  The Tigers are making their third NCAA appearance since making their first one in 2014. Texas Southern is a long shot and its only game against the field was a 5-0 loss to Texas on April 19 in Austin. Don’t expect TSU to win a game against three quality programs in this regional.

ON DECK: Here’s the complete schedule for this weekend’s regional. All  Texas games will be broadcast on 105.3. TV is to be determined unless otherwise noted.

Extra bases: Minnesota coach Jessica Allister was a bit candid in a Monday press conference after the No. 1-ranked Golden Gophers were not awarded one of the 16 seeds needed to host a regional. Instead, the top team in the country is headed to Tuscaloosa to play in a region with Alabama, Louisiana Tech and Albany.

It’s total nonsense that Minnesota, which beat Texas twice, isn’t hosting a regional. Allister said, “I think when you go back and look at our preseason schedule, we go to Texas and (beat) Texas twice, we go to the Big Ten/ACC Challenge, sweep Notre Dame and N.C. State. Go to LSU, beat LSU on their home field. Go to Fresno (State), who’s a top-20 team last year, beat Fresno. Go up to Washington, go to Cal, go to Oregon State.

“I think it’s a tough thing to swallow when you hear that that schedule’s not good enough because I’m not quite sure what else we could have done in the preseason,” she added.

But that’s not even the worst part.

Should Minnesota win the Tuscaloosa region, the Golden Gophers will have to travel to overall-top seed Florida, which is the No. 2-ranked team in the country, for the super regional. That means the No. 1 or No. 2 team in the country will not make it to the Women’s College World Series in Oklahoma City.

The selection committee released a statement on Monday that Minnesota’s strength of schedule, which was ranked 114th, was one of the deciding factors of not giving Minnesota a seed. Allister obviously took issue with that, and rightfully so.

Around the Horns:  Here’s a quick look at NCCA regionals that involve Big 12, and state schools:

That’s all the dust this week. As always, swing for the fences.