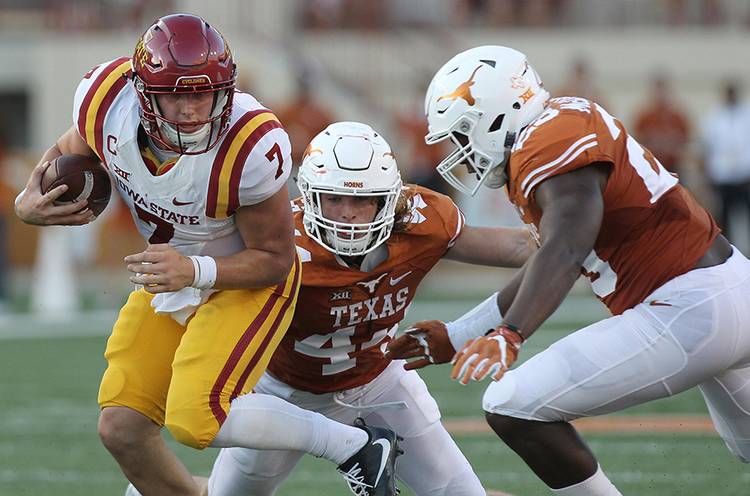 The countdown to kickoff is on. Over the next 100 days before Texas takes on Maryland, we’re counting down the 100 best players the Longhorns will face in 2017. This series is all about impressing your friends at pregame tailgates and watch parties, so grab a notepad and buckle up.

No, that’s not a typo in the headline. Former Iowa State quarterback Joel Lanning is suiting up at linebacker for Iowa State in 2017, and by all accounts he’s pretty good at it. Rather than take a graduate transfer after Jacob Park unseated him last season, the 6-foot-2, 225-pound redshirt senior worked his way into the starting mike linebacker spot during spring practice.

Lanning won’t be the best linebacker Texas faces this season, but he might be the only one expected to take offensive snaps. He said he’s been playing both sides of the ball throughout the spring, and even some on special teams. The Cyclones could employ a “Joel-Dozer” package (think 18 Wheeler). Wouldn’t that be full circle? In case you forgot, Lanning quarterbacked the Cyclones in that 24-0 debacle in 2015.

Lanning completed 19 of 37 passes for 188 yards and a touchdown on that infamous Halloween of 2015. Last year, he went 12-for-22 for 140 yards as Texas returned the favor at Royal-Memorial Stadium.