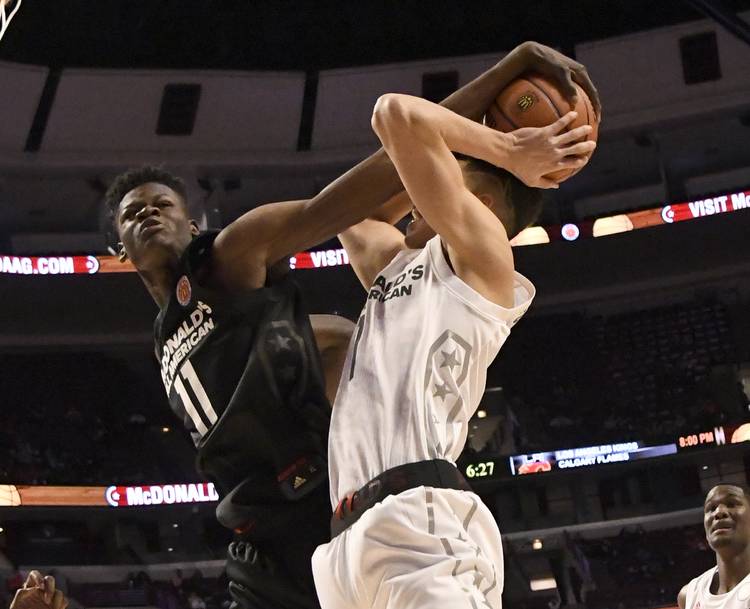 Mohamed Bamba’s decision to come to Texas over Duke and Kentucky brought instant excitement and credibility to a Texas men’s basketball program that had been severely lacking both.

The 6-foot-11 power forward is considered the No. 2 recruit in this year’s class, which makes him the highest-rated prospect to land in Austin since one Kevin Durant. You may have heard of him.

Which isn’t to say Bamba should be expected do the kinds of things Durant did during his one year at Texas in 2007. No freshman should ever be held to that standard. Remember, KD averaged 25 points per game as an 18-year-old on his way to winning national player of the year.

Bamba is less of an elite scorer and more of a rim protector, but if he plays to his potential he still should be one of the most exciting players in college basketball next season. Which means, from now until the season starts, he’s bound to get thrown into all kinds of conversations and lists.

Like this one, put together by ESPN’s John Gasaway, which provides an early look at the top 25 players in the country. Bamba comes in at No. 18, and here’s what Gasaway has to say about him:

Shaka Smart now has a 7-footer who could end 2017-18 as the nation’s premier rim defender. Freshmen who block shots aren’t always able to log a high number of minutes, but if Bamba can be the exception to that rule opponents could in theory confront something of a nightmare. When the opposing team’s playing a “Havoc”-brand of pressing defense and it has an elite shot-blocker in the paint, well, lots of luck.

Like any preseason proclamation, this entire list should be taken with a grain of salt. Notice Duke’s Grayson Allen is at No. 1, and we all saw how that turned out last year. But considering how 2016-17 went for Texas, just seeing Bamba’s name among the elites should be enough to make every Longhorn fan’s heart flutter.