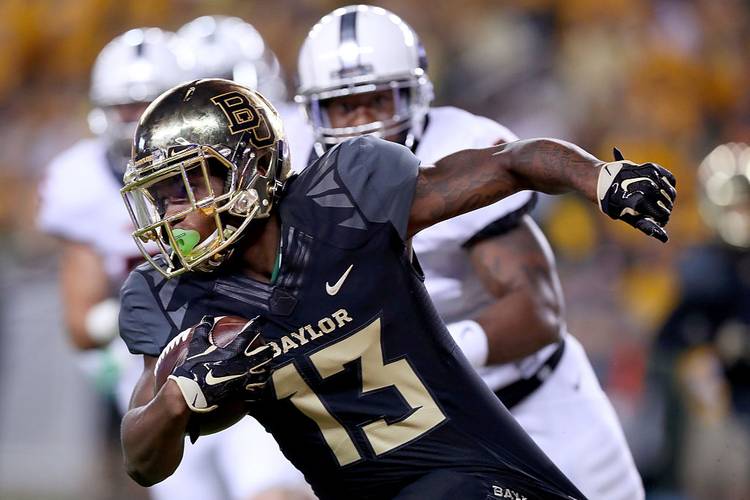 WACO, TX - SEPTEMBER 24: Tony Nicholson #13 of the Baylor Bears fumbles the ball against the Oklahoma State Cowboys in the first half at McLane Stadium on September 24, 2016 in Waco, Texas. (Photo by Tom Pennington/Getty Images)

Quick, name a Baylor wide receiver heading into 2017. If you said Jalen Hurd, well played, but the former Tennessee running back won’t be eligible until 2018. KD Cannon and Ishmael Zamora are gone to the NFL, which leaves the position seemingly bare in Matt Rhule’s first season. It’s an opportunity ripe for someone, so why not Tony Nicholson?

A former defensive back from Grand Prairie, Nicholson played exclusively as a return man in 2016. He appeared to make strides this spring, and led the Bears with eight receptions in their spring game. At 5-foot-10, 185 pounds he figures to play inside, and he’ll still have opportunities to make plays on special teams.

Texas’ defensive backs struggled mightily for most of 2016, allowing 258.5 yards per game. The group is a year older and it’s deep, which is the opposite problem Baylor has at receiver. If the Longhorns are getting picked apart by the Bears in late October, they’ve likely got bigger issues than a converted cornerback playing slot receiver.

Nicholson returned one punt for 12 yards against Texas in 2016.

Nicholson played quarterback, receiver and defensive back for South Grand Prairie High School. He started at quarterback as a junior, passing and rushing for more than 600 yards. As a senior, he made five interceptions, caught 38 passes for 447 yards and rushed for 273 yards. He was the No. 106-ranked athlete in the Class of 2015.