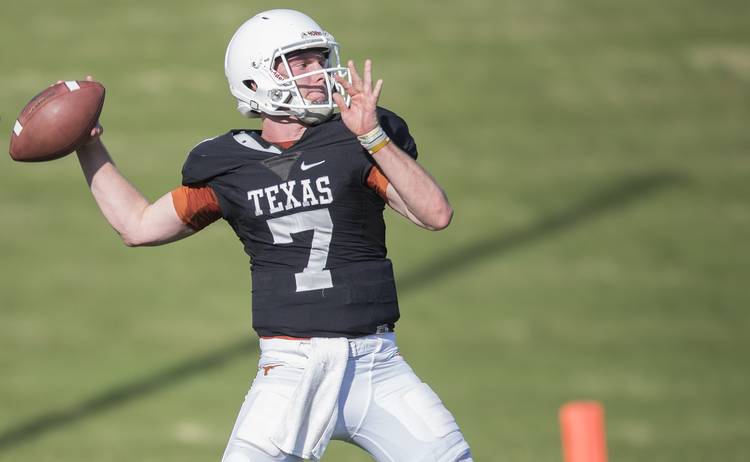 Being the quarterback at Texas has always come with a weight of expectation, and it’s no different for Shane Buechele in 2017.

We’ve already seen how bullish some national media outlets are on coach Tom Herman turning the Longhorns around in year one, and apparently Las Vegas has also jumped on the hype train. According to sports book analyst Tommy Lorenzo, international betting service William Hill has Buechele at 60-to-1 odds to win the Heisman Trophy.

That still leaves Buechele as a long shot, but one that could pay off. Buechele will have plenty of opportunities to prove himself against other Heisman hopefuls. Three of the top 10, including favorite Sam Darnold (7-to-2) of USC, are on Texas’ schedule. Oklahoma quarterback Baker Mayfield (17-to-2) and Oklahoma State’s Mason Rudolph (20-to-1) are the others who are ranked high.

As a true freshman in 2016, Buechele completed 60.4 percent of his passes and threw for 2,958 yards and 21 touchdowns. He impressed throughout the spring, but Herman declined to name a starter after the Orange-White spring game in which Buechele threw for 369 yards.

Texas has also been in the market for a third scholarship quarterback to provide depth with Buechele and freshman Sam Ehlinger. That hasn’t stopped sports books from betting on Buechele. Is it too soon? Only time will tell.