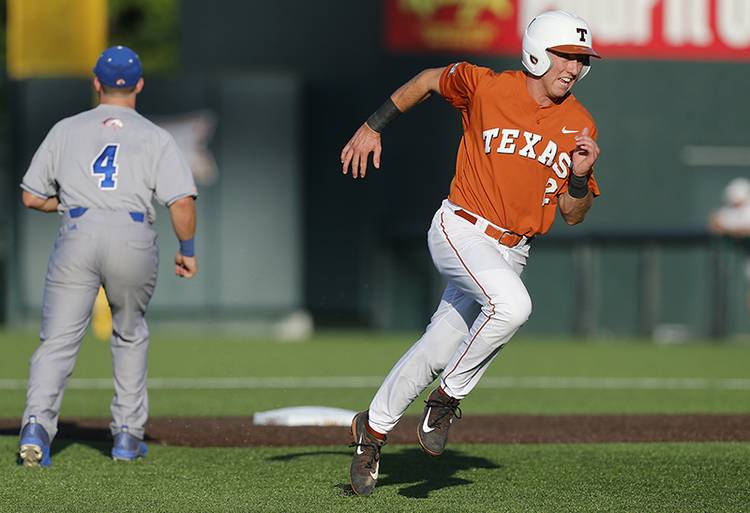 On Friday we laid out scenarios where anywhere from seven to 11 teams from Texas could earn NCAA baseball tournament bids. The Lone Star State — and Big 12 — remains on track for a huge haul when the field of 64 is announced Monday (11 a.m., ESPN2).

Let’s walk you through the scenarios for Texas at mid-afternoon Saturday.

Be sure to click here for full team-by-team chances for schools around the state and Big 12 over on StatesmanU..

Texas (36-20, 18 RPI): In a big rebound season, the steadily improving Longhorns have locked up an NCAA bid and still have a shot at being named a regional host Monday. For that to happen, the Horns must win the Big 12 Tournament title and get help elsewhere. The ACC has been helpful with potential regional hosts Clemson and Wake Forest bowing out early in their tournament. The Pac-12’s Arizona (37-17, 17 RPI) is another swing team in this equation. If Texas gets a No. 2 seed, as expected, it might just be going to Tucson. Baton Rouge, Fayetteville and Long Beach also are possible destinations.

Texas’ chances took a slight hit Saturday afternoon as they fell 9-2 to No. 6-ranked TCU. The Longhorns can still make the Big 12 title game by beating the Horned Frogs .

Final: TCU 9, Texas 2. In 45 minutes, Longhorns will turn to ace Morgan Cooper as they search for a spot in the Big 12 title game. #HookEm pic.twitter.com/AGspTd5fLM