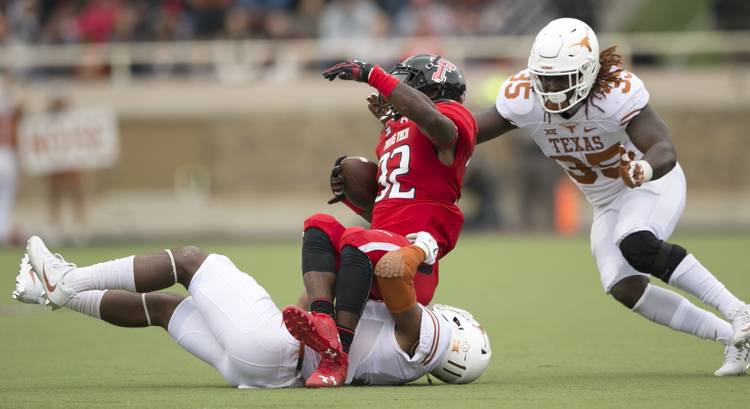 When taken at face value, Da’Leon Ward’s rushing stats from his freshman season aren’t all that impressive. The Dallas Skyline product led Texas Tech with 428 yards on 103 carries. Digging a little deeper, it seems possible — maybe even likely — Ward will at least double that output in 2017.

Texas Tech will still be pass-first with Nic Shimonek — more on him later in this series — but Ward could keep teams honest with his hard-nosed running style. He plays bigger than his 5-foot-10, 180-pound frame would suggest, a trait that earned him playing time last season. Linebackers Malik Jefferson and Gary Johnson may have to respect the run more than normal against the Red Raiders, especially in short-yardage situations. If Ward can add more speed to his game, Tech could really be dangerous.

Ward had 22 carries for 93 yards and a touchdown, and caught four passes for 32 yards against Texas in Lubbock. A solid outing, but nothing compared to what D’Onta Foreman did for the Longhorns.

Texas Tech coach Kliff Kingsbury: “Our biggest deal was, let’s work on more explosive plays. He was good at that 5-, 6-yard gain. We need 10- , 15- , 20-yard gains in the run game. That’s been our emphasis with him. Let’s improve our speed.”