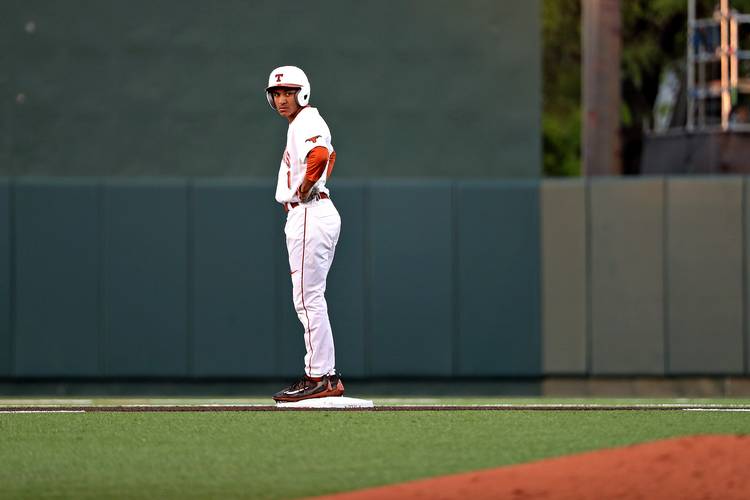 The Texas Longhorns baseball team defeated TCU for the first time this season and produced a couple of web gems in the process.

First there was this hat-less catch by Austin Todd in the bottom of the fourth inning.

Okay, so we're not done showing off the defense. @austin_todd_10 laid out for this one, folks. #NoHatNoProblem pic.twitter.com/DRxhZ7ZzcT

Then there was this leaping grab by David Hamilton in the bottom of the fifth.

The defense helped the Longhorns advance to the Big 12 tournament championship Sunday against Oklahoma State.