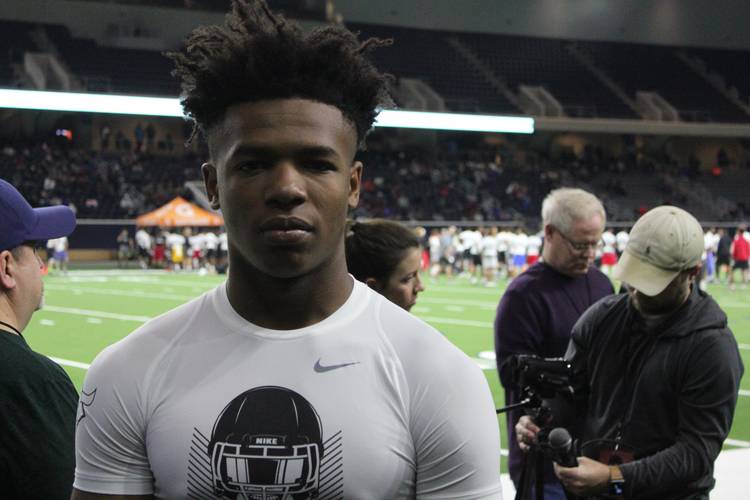 Texas always wanted Keaontay Ingram as its running back. On Tuesday, the Longhorns added the Carthage star to their 2018 class.

Ingram,  a four-star talent and a member of the Fabulous 55, becomes the ninth pledge of Texas’ class that ranks 13th nationally and first in the Big 12. He’ll likely be the only running back that Texas will sign.

“At Texas, I like the facilities and the coaches. I know there was a coaching change recently, but the players I met at junior day seemed to be enjoying the change,” Ingram said in a March interview. “It’s never easy, but they believe in coach (Tom) Herman. (Herman) knows how to have fun and still get work done. I like that. I could see myself playing for a coach like that.”

Ingram led Carthage to the Class 4A state championship as a junior. He showed the ability to hurt teams out of the backfield, as well as a traditional running back. The 6-1, 187-pound prospect rushed for 2,225 yards and 31 touchdowns as a junior, adding 475 yards and two touchdowns on 46 receptions.