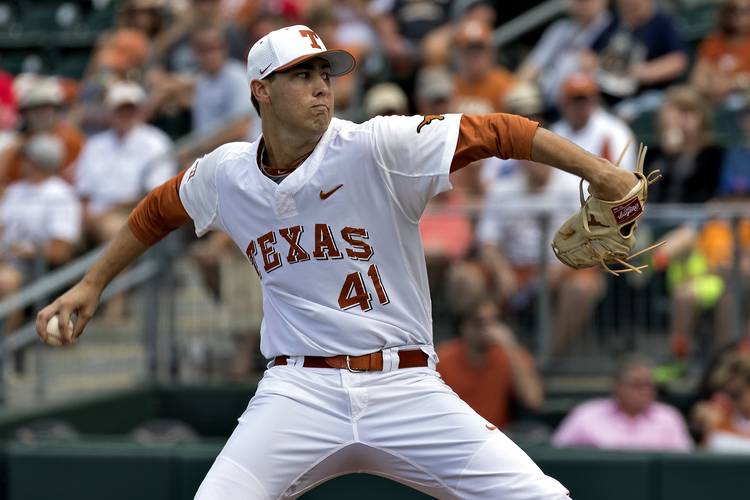 Cooper is one of 25 semifinalists eligible to win the award given to the top amateur baseball player in the United States.

The right-hander has a 2.32 ERA in 81 1/3 innings to lead the Longhorns. He has a record of 6-3 with 103 strikeouts in 15 games. Cooper is the first Longhorn to top 100 strikeouts since two Texas pitchers did so six years ago. Taylor Jungmann and Cole Green each had more than 100 strikeouts in 2011.

Finalists will be named on Wednesday, June 14. Finalists will be selected by a group of more than 200 voters, including past winners, USA Baseball National Team coaches, press officers, media members, professional baseball personnel and current USA Baseball staff. There will also be a fan voting element.

The award will be presented on ESPN’s SportsCenter Thursday, June 29.

In 2016 the award was presented to Kyle Lewis of Mercer.

Nick Madrigal, So., IF, Oregon State

Diamond Dust: Where does Texas go from a forgettable 2017?