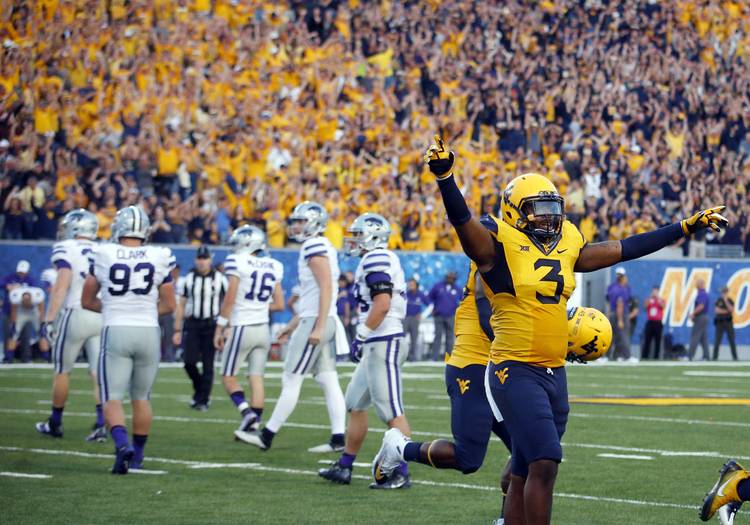 There’s no hype attached to West Virginia linebacker Al-Rasheed Benton. Unlike several of the players already mentioned in this series, Benton’s inclusion is based on substance and not projection. The 6-foot, 237-pound middle linebacker finished second on the Mountaineers in tackles last season with 80. A redshirt senior who worked his way up the depth chart, he’ll be relied upon as a leader in 2017. He’s also a journalism major who knows how to wire a house.

Tom Herman’s offense is all about deception and putting pressure on linebackers to make decisions. Shane Buechele will be settled in by the time November rolls around, but Benton will be one of the most difficult linebacker matchups he faces all season because of his experience and versatility. A big key will be how well and often Buechele throws over the middle and to his tight ends, both rarities in 2016. Keep Benton occupied in the pass game, and running against the Mountaineers will get a lot easier.

Texas had one of its poorest offensive showings of 2016 against the Mountaineers, especially on the ground. In the midst of his stellar close to the season, D’Onta Foreman only rushed for 167 yards. He also fumbled once, and Benton recovered. Benton only had two tackles in the game. He didn’t record any stats against the Longhorns in 2014 or 2015.

Benton: “I want to be an analyst. I sit around and talk about football all day, so why not? Why not do it for a living? It’d be a way to stay around the game and stay involved. But I’m also into electrical engineering. It’s something I’m really big on. I have some electrical certifications back home. I’m certified to do house wiring and things like that, so that’s something else I want to do.”