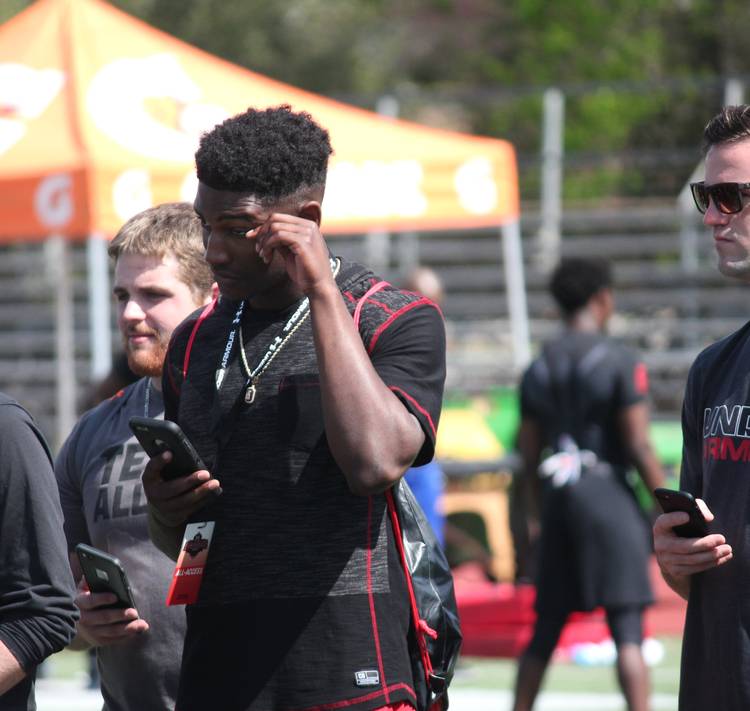 Texas missed out on every top-10 player inside the state for the 2017 class. The Longhorns won’t repeat that failure in 2018 if B.J. Foster remains committed through national signing day. Tom Herman’s program earned a five-star pledge from the Angleton safety, who became Texas’ 12th member of the 2018 recruiting class.

Foster is one of two five-star talents in Texas and is the No. 2 ranked player in the Fabulous 55. The 6-foot-1, 188-pound safety is the top-ranked safety in his class and the No. 16 ranked prospect in the nation, per 247Sports Composite.

“He’s one of the top five athletes I’ve coached in the last 28 years. He’s one of those kids with a high football IQ. We only need to tell him something once and then he picks up on it right away,” said Angleton High School head coach Ryan Roark for a previous story. “His natural instincts and athletic ability are up there with any players I’ve coached and the only ones I’d say are close to him over the last three decades are in the NFL.”

A knee injury suffered during his junior season kept him from participating at camps this year, but while attending those camps Foster made his love for Texas and Tom Herman no secret.

Foster is Herman’s biggest win since taking the Texas job and could begin a domino-effect for the 2018 class. Foster is well-respected among his peers and could help the Longhorns build the best recruiting class in the nation. Foster attends the same high school that produced Texas defensive backs Quentin Jammer and Quandre Diggs.