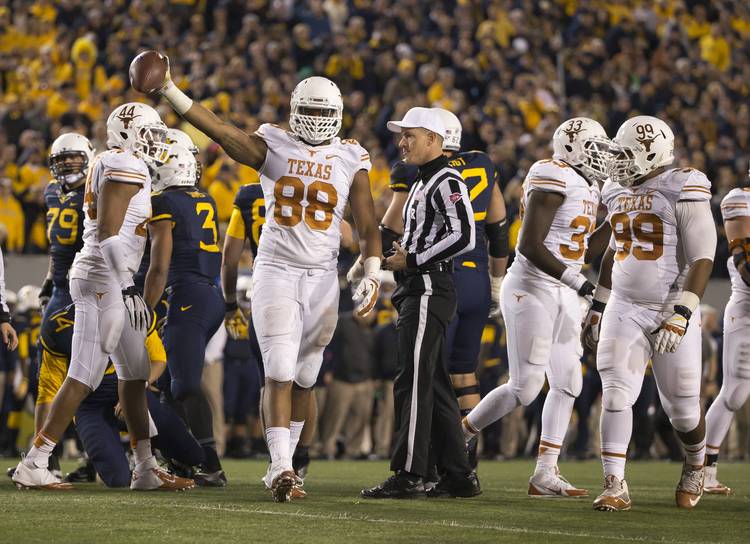 Let’s use Texas’ roster, history and scouting reports to countdown to the start of the 2017 football season. Today, we are only 88 days away from Texas’ home game against Maryland.

Which Longhorn wears No. 88? Nobody. TE Peyton Aucoin and WR Ty Templin wore No. 88 in 2016, but Templin was a senior and Aucoin transferred in April. UT fans may still associate that jersey with DE Cedric Reed, who had 18 sacks from 2011-14.

Fun fact about No. 88: Between the 2000-01 seasons, Chris Sims threw 88 straight passes without an interception. That was a career-best mark for Sims, who also had an 87-pass streak. It, however, only ranks ninth in Longhorn lore. Major Applewhite’s school record is 156 straight pick-less passes.