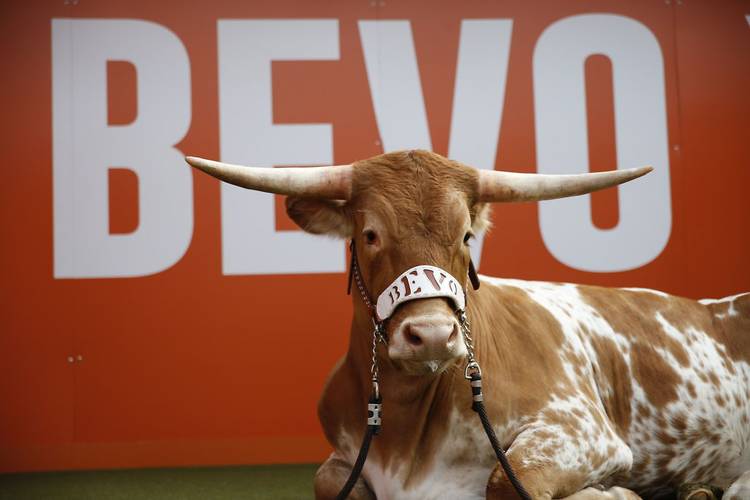 The Texas Longhorn football players aren’t the only ones putting in work in the offseason.

Bevo XV, now 2 -and-a-half years old and looking a little bit bigger than the 1,100 pounds he weighed in at for last year’s opener against Notre Dame, let Coach Tom Herman know he was also training hard to be a champion Friday.

Hey @CoachTomHerman, check out these gains I'm making in the offseason. Putting in work! Championship level mascot'n on #NationalMascotDay pic.twitter.com/nNWgKH54L6

Look at those horns. Bevo XV is getting bigger every day. By the time Sept. 2 rolls around, he should be one buff bovine.