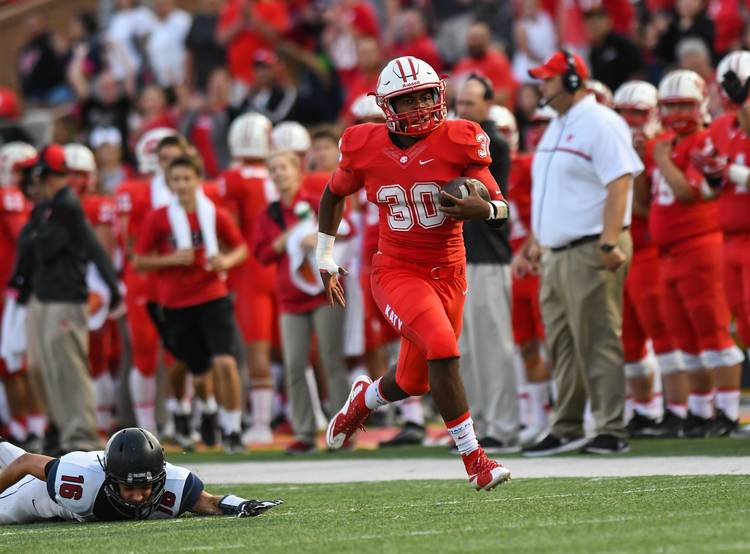 No. 9: Deondrick Glass, running back, Katy

Scouting Glass: The state of Texas used to be known for running backs. That’s changed over the years as 7-on-7 football has taken over the state, which is now producing more talent at wide receiver and in the secondary. Glass is a throw-back running back. Playing at Katy means he’ll get plenty of opportunities to carry the football as a junior. He was the team’s starting running back as a sophomore, earning district MVP honors after rushing for 1,912 yards and 30 touchdowns. He played as a true freshman on Katy’s state championship team in 2015.