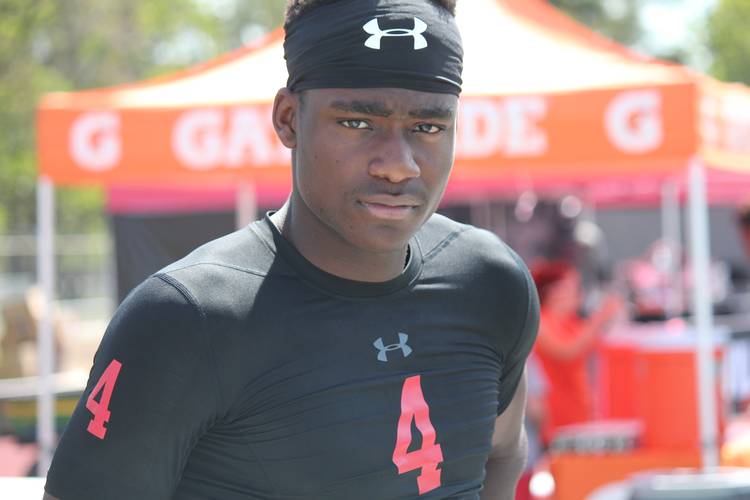 Four-star defensive end Joseph Ossai included Texas in his top three, along with Texas A&M and Notre Dame. The 6-foot-4, 217-pound prospect from Conroe Oak Ridge is the No. 10 ranked weak-side defensive end in the country and the No. 214 overall prospect in the nation, per 247Sports.

Texas is yet to land a defensive line commitment in the 2018 class. Ossai visited Texas for junior day and the Orange-White Game, but he’s also said in the past that Texas A&M is his dream school. The Aggies should be considered the leader, but Texas closed ground in the offseason and is legitimately in the running.

It’s not a deep year in the state for defensive linemen. Defensive tackle Keondre Coburn is the top target inside, with Ossai and out-of-state prospect Ronnie Perkins the top current targets at defensive end.