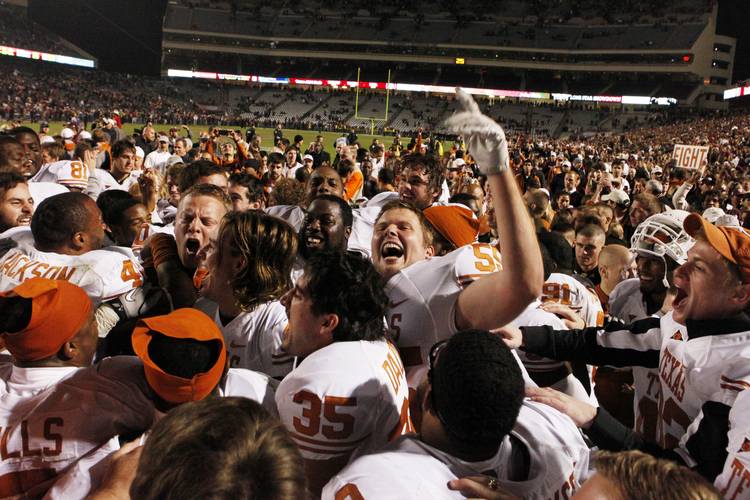 Let’s use Texas’ roster, history and scouting reports to countdown to the start of the 2017 football season. Today, we are only 59 days away from Texas’ home game against Maryland.

Which Longhorn wears No. 59? Nobody. Michael Welsh wore that number after walking onto Texas’ offensive line from 2014-16. Before Welsh, deep snapper John Osborn was once a Longhorn in the No. 59 jersey.

Fun fact about No. 59: Former Texas receiver Jaxon Shipley recorded 59 catches during both his sophomore and senior seasons. The third-leading receiver in UT history (218 catches from 2011-2014), Shipley also hauled in 56 passes as a junior.