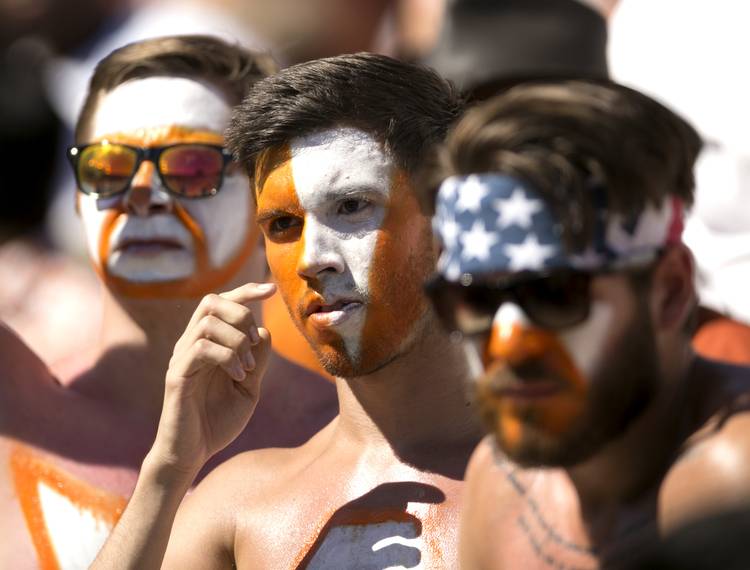 UT fans watch the Texas OU game in the second half at the Cotton Bowl in Dallas Saturday October 8, 2016. JAY JANNER / AMERICAN-STATESMAN

A recent categorization of Texas colleges and universities is making the rounds on social media, imagining what it would be like if all of the schools were in one big family.

RELATED: Is Texas worthy of a Top 25 ranking? Here are reasons to believe

The categorization seems to have started with a tweet from Texas Sports & Polls on June 24, with a photo of an iPad note titled “The Family Tree of Texas Universities.”

What’s the University of Texas’ role? Longhorns might not like it, as the note says UT is “the big brother that annoys the rest of the family because he thinks he’s a lot cooler than he is.”

But fear not, Longhorn Nation, the tweet makes equal fun of various other Texas schools, including this jab at Texas A&M: “A&M is the little brother who is way too loud and obnoxious in public, always fighting with UT.”

To see more highlights, including why LSU always gets an invite despite not being in the family, head over to Statesman.com.

The American-Statesman’s Top 25 countdown: No. 23 Tennessee