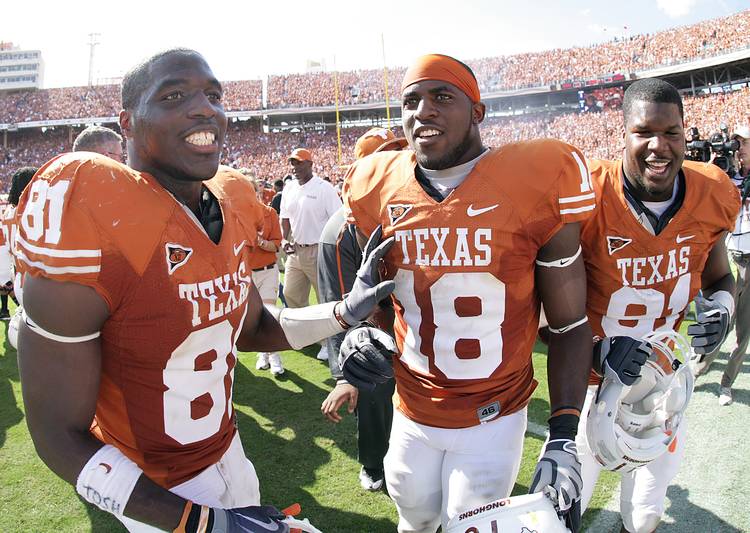 Brothers Sam and Emmanuel Acho left a mark at Texas on their way to playing football at the highest level in the NFL.

Since leaving the 40 Acres, the Acho brothers have continued to leave a mark wherever they go. This summer, that was in Nigeria, where their parents Sonny and Christie Acho were born and where the family built a medical clinic as part of its Living Hope Ministries charity.

RELATED: Golden: Emmanuel Acho’s post-NFL life is as busy as ever

Emmanuel and Sam spent two weeks at the clinic, which provides free care to families in need. You can flip through photos of the brothers’ time in Nigeria below.

PRAISE REPORT!! Make sure u see last picture & read last sentence. I had the privilege of serving in the villages of Nigeria 2 weeks ago with my families non profit living hope ministries… We saw over 5,000 people. Performed over 100 surgeries, for FREE‼️ The second to last picture you'll see me, my brother & parents standing on dirt 4 years ago July 2013. The last picture you'll see our fully built hospital on that same dirt in the middle of a Nigerian village, July 2017– so KEEP the faith and by Gods grace make a world changing impact. #Nigeria #Africa #Bears #NFL 📸: @conowy

In May, Emmanuel Acho spoke about his post-NFL life during an interview with Austin American-Statesman columnists Cedric Golden and Kirk Bohls for the On Second Thought podcast.

The younger of the two brothers has been out of the league since 2015. He graduated from Texas this spring with a master’s in sports psychology and has delved into the media world as an analyst with the Longhorn Network and Fox 7 Austin. He has also been spreading awareness about the dangers of head injuries in football.

Meanwhile, Sam Acho continues to play in the NFL with the Chicago Bears. He’ll begin his seventh season in the league this fall.

The Achos recently spoke about their experiences in Nigeria during an episode of Emmanuel Acho’s own podcast, Beyond the Film Room. You can see more photos of their trip at Sports Spectrum.