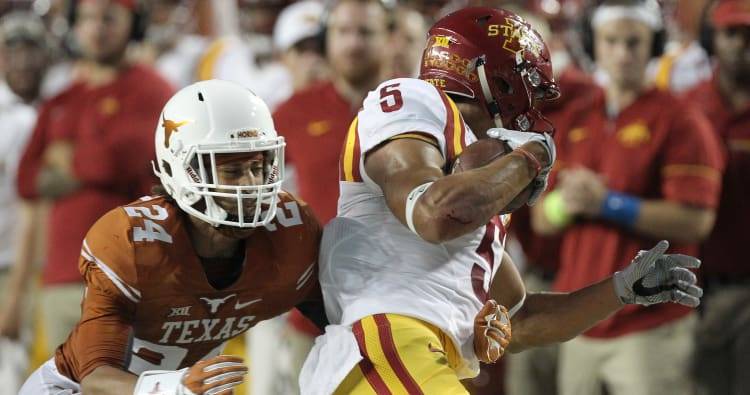 Since it reached the 2012 Liberty Bowl, Iowa State has managed just a 13-38 record. On Monday, though, Texas coach Tom Herman insisted that this week’s trip to Jack Trice Stadium won’t be a vacation.

In his weekly conference call with Big 12 reporters, Herman pointed out that plenty of his players were on UT’s roster during a 24-0 loss at Iowa State in 2015. Herman also noted that the combined score of the last two meetings in Ames, Iowa – Texas won 31-30 in 2013 – favors the Cyclones.

“By my math, they’re winning the point differential in Ames 55-30,” Herman said. “There will be zero taking of this football team lightly. I don’t know why we would be with the history they have against us and against any big opponent that comes into Ames.”

Read more: Winning in ‘Siberia,’ knocking off the Longhorns for Tom Herman

Herman was also asked to give his scouting report on the Cyclones. Herman, who was Iowa State’s offensive coordinator from 2009-11, was complimentary of receiver Allen Lazard. A 6-5 senior who Herman recruited while he was an assistant coach at Ohio State, Lazard currently leads Iowa State with his 19 receptions.

“That’s just a premier recruit coming out of high school,” Herman said. “Since his freshman year there, he’s been kind of their go-to guy. We’ve got to make sure that he doesn’t beat us.”

Among the other things that Herman touched on during his 10-minute phone call: