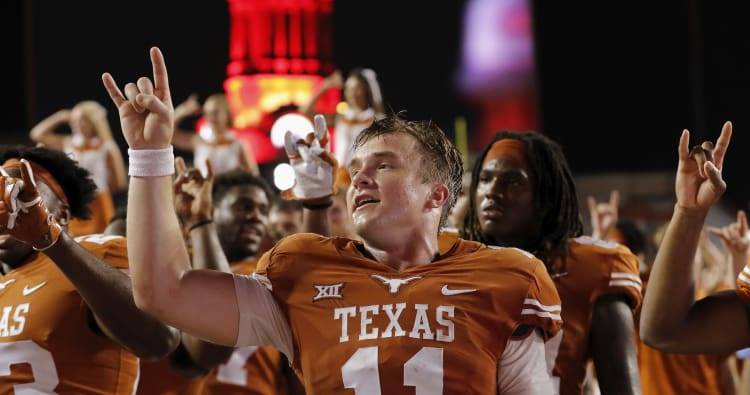 How deep? Moments after suffering a heartbreaking loss in his first Red River Rivalry, the Texas freshman was spotted giving it back to some hearty Oklahoma fans.

While jogging toward the Cotton Bowl tunnel, Ehlinger encountered “Texas sucks” chants from the crowd. He responded by throwing up his Horns and going along with the beat.

RELATED: Baker Mayfield gives props to Sam Ehlinger: ‘Just how we Austin boys do it’

They chanted “Texas Sucks” but he threw up his Horns w/pride and held his head high. He’d later say “Im looking forward to the next 3 years” pic.twitter.com/glPycVoAQU

As one fire-stoking leader exited the historic rivalry, another looks poised to take his place. Ehlinger can only hope that his exit looks a little more like Baker Mayfield’s next year.