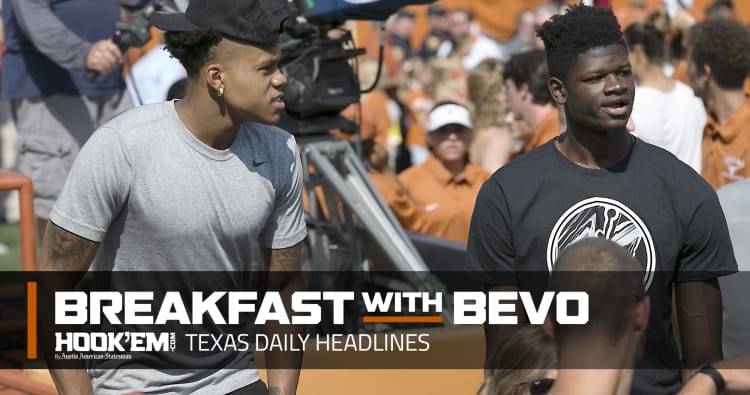 Texas freshman Mo Bamba hasn’t played a minute of basketball and yet he’s quickly becoming the face of the program. Texas beat writer Brian Davis reports the Texas marketing department has gone all-in on the 6-11 freshman. The Longhorns are holding an event at Gregory Gym on Wednesday at 7 p.m. so that Texas fans can have a look at the team’s new center.

Texas safety DeShon Elliott was named a midseason All-American by the Sporting News on Tuesday, after receiving the same honor from ESPN. Elliott has made 5 interceptions this season to tie for best in country. The junior recorded all of his interceptions in a three-game stretch against, Southern Caifornial, Iowa State and Kansas State.

Best offensive lineman in Texas not 100 percent on LSU

Texas recruiting writer Mike Craven reports on Kenyon Green, a 5-star tackle from Humble Atascocita. The 6-foot-5, 315-pound standout committed to LSU in December of 2016 as a member of the class of 2019. Despite that, he says he is still looking at other schools. Green holds 17 offers and Texas is still in the running.

Next five up? Five guys Texas wants to finish the 2018 recruiting class