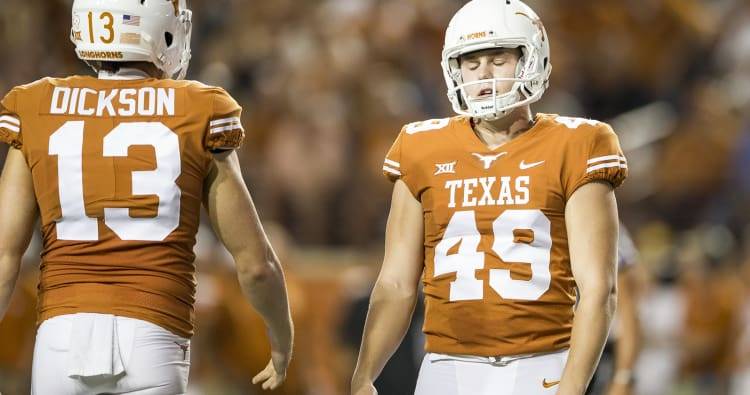 1. Will we see Collin Johnson or Armanti Foreman?

Johnson and Foreman rank second and third at UT in receptions, but you wouldn’t know that by looking at the depth chart. After a poor showing against Oklahoma, Johnson was listed behind Dorian Leonard at “X” receiver on Monday. Foreman hasn’t played in two weeks and is running in practices as the third-string “H” receiver. Johnson is still expected to see plenty of playing time, but will either he or Foreman make a big play?

Oklahoma State is keeping scoreboard operators busy. You might miss a touchdown if you blink. The Cowboys lead the nation in total offense and only Central Florida is scoring more points per game. The Cowboys, though, rank 120th nationally in time of possession. That means Texas needs to limit the big plays — the Longhorns surrendered four plays of at least 40 yards to Oklahoma. And Texas plans to try to keep its starters fresher by giving minutes to backups.

3. Will a freshman stand out for Texas on offense?

Texas will start at least two true freshmen on Saturday — quarterback Sam Ehlinger and right tackle Derek Kerstetter. Cade Brewer also might get the start at tight end and running back Toneil Carter will likely see some playing time. Texas’ 2017 signing class was largely poo-pooed in February, but it’s making an impact this fall. Will it be one of the Longhorns’ young guys who lead the charge against the Cowboys’ 56th-ranked scoring defense? Oklahoma State is giving up 24.3 points per game.

4. Will Joshua Rowland be trusted in a big moment?

With 11:33 left in the game last week, Texas trailed Oklahoma by six points and faced a fourth-and-8. Instead of attempting a 44-yard field goal into the wind, Tom Herman went for it and failed. Rowland has missed 5 of 10 field goal tries, but the Longhorns haven’t been any better on their fourth-down attempts (5 of 14). Herman hasn’t shied away from being aggressive on fourth down, but will he instead trust Rowland if the game is close?