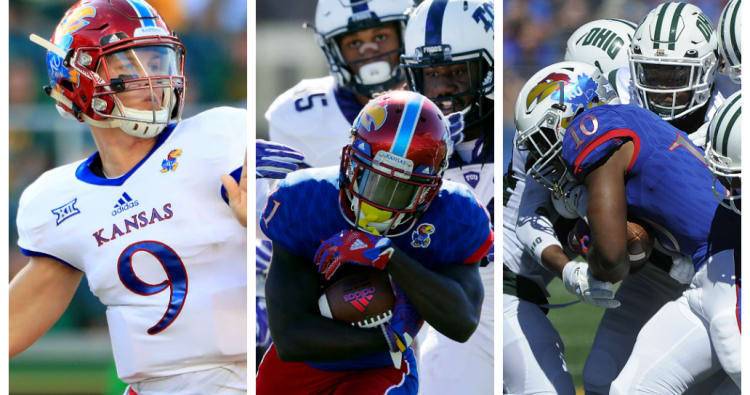 We’re interviewing the beat writer of Texas’ opponent each week this season. This week, Jesse Newell (@jessenewell) of the Kansas City Star offers his insight on the Kansas Jayhawks.

1. Is there much hope left for this season or have Kansas fans already turned their attention to a basketball season that tips off on Friday?

It’s definitely on to basketball season, though that’s a common occurrence this time of year. The football fans who still care are mostly interested in potential off-field happenings, which centers around whether KU will keep athletic director Sheahon Zenger and coach David Beaty following this season’s failures.

2. The last time that Texas fans saw Kansas, the Jayhawks recorded what seemed to be a momentum-building win over the Longhorns. Why hasn’t that been the case?

KU simply hasn’t improved since that game. I can only name a handful of players who have gotten significantly better since a year ago, and that’s a problem for a program that will have to win by developing guys. Looking back, it’s also easier to realize last year’s game was fluky, as it took six Texas turnovers for KU to win in overtime.

3. Kansas DL Dorance Armstrong, Jr. was the conference’s preseason defensive MVP. How has he played this season?

Not up to expectations, for sure. After recording 10 sacks last season, he has only one this year, though it’s worth noting he’s been playing through injuries. At last check, Pro Football Focus’ grades had him better against the run than the pass — something that would have been surprising before the season.

4. Has this Jayhawks offense looked better with Peyton Bender or  Carter Stanley at QB?

I honestly don’t know, which is a big issue for the program. Bender had good games early but also has bouts where he loses all accuracy, while Stanley is more of a dual threat, though he has the weaker arm and puts the ball in danger too often. To complicate matters, Beaty says that Stanley is questionable this week with an undisclosed injury.

If KU is able to remain competitive, it’ll almost certainly be because receiver Steven Sims has a big day. Sims is an emotional player already, and being from Houston should only add to his motivation in this particular game. It’s unlikely the Jayhawks will score without help from big plays, and Sims is KU’s best threat to break free in the open field.

6. If you’re making the trip to Austin, are there any restaurants that you’re looking forward to eating at?

I’m not making the trip this time, but when I’m there for basketball, Torchy’s will almost certainly be my first stop for tacos and queso. I’ve also had great chicken at both Lucy’s and Gus’s.

The post Texas vs. Kansas: Q&A with a Jayhawks beat writer appeared first on Hook ‘Em.